Share All sharing options for: "I am the man."

N&O’s Chavez: Reading [N&O] reader responses and feedback on fan Web sites, one of the things [that fans] are questioning, after the loss on Saturday, is the overall financial investment in this program and whether you’re the man to lead this program. How do you respond to fans who think that?

N&O: I guess it’s [important] to the people who went to N.C. State and are interested in N.C. State who think there has been a lot of money spent on this program.

Amato: You know what? There has and it’s come a long way. And guess what? So have we. So have we. A lot of people don’t realize how far it has come from when we first got here. Y’all got to take a real good look at that. It has come a long, long, long way. For the few of the Wolfpack family, they’re not all going to know. I don’t want to talk anymore about that. I don’t need to talk about that. I don’t have a comment on it because I don’t know who the people are. All I know is I work for this university and my superior and his superior are behind everything we’re doing.


Fair point--NC State has come a long way under Chuck Amato. The difference between the talent level here now and the talent level from the Mike O'Cain era is huge (money is part of that, but Amato's recruiting connections are a bigger part, IMO).

But I don't think anyone contends that we've not improved since Amato got here. The better 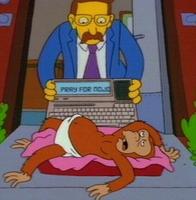 question is, are we stagnating, or worse, regressing? Why does the team look like it's coached by a bunch of monkeys? Bottom line is the team would win more games were it actually well-coached, and that's what is frustrating to the fans.

This all gets back to penalties and turnovers--the stupid crap that Amato points to after every game saying, "we've got to correct that; we've got to get better." Every week it's, "we have to do this, we have to do that." Nothing changes. So what, other than coaching, is holding the team back? I mean, would it be at all possible to commit fewer than ten penalties in one game?

A perfect example of the constant talk of improvement: yesterday, Tony Haynes wrote (see Amato's comments in the piece) about how close the Wolfpack has been in its last 6-7 conference games but for the little mistakes, yada yada. Haynes closed with, "correcting the little things might be the biggest solution to NC State's woes right now."

You'll have to forgive Tony. He's ten months behind.


Chuck must not have time to visit the message boards...which is probably a good thing.

I've been ranting, so I should add that I'm not even close to wanting Chuck Amato fired. One request: if we could get back to playing football that's actually watchable, that'd be great.