Share All sharing options for: Shades and shoes not working; new ideas sought

When Chuck Amato didn't wear his sunglasses and red shoes during the Georgia Tech game, people noticed. The Wolfpack beat the Jackets, so Amato went without his trademarks against Clemson as well. Strangely, this had no observable effect on the game.

Worn or not, the shades/shoes don't seem to be helping. Time to update the wardrobe?

I have a few ideas, which I have attempted to illustrate (poorly): 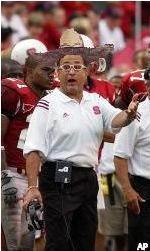 He could go with the sombrero in a shallow attempt to garner jumbotron time. 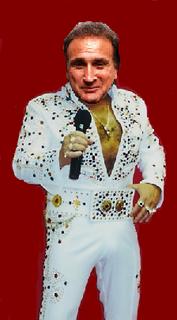 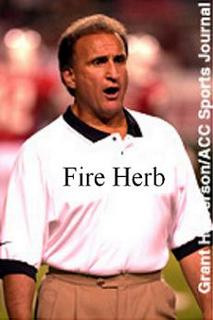 It never hurts to be pragmatic. Called to action by an early reminder of their true prey, the hibernating Anti-Herbites will emerge from Carter-Finley Stadium in a rage, shouting incoherencies as they charge toward the NC State basketball offices.