I didn't go to the game tonight, and I'm glad I didn't. Mt. Olive committed an astounding 40 fouls, which led to 61 NC State free throw attempts. 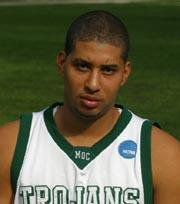 All those shots made for a ton of available boards at Mt. Olive's end--53, to be exact. Their 22 offfensive boards gave them a 41.5% Offensive Rebound Rate for the game. In general, it sounded like the Wolfpack gave a better effort tonight, but allowing that kind of rebounding efficiency to Mt. Olive...ew.

On the other end, NC State grabbed 7 offensive boards out of 24 available rebounds. That's not a good percentage; however, because of the utter weirdness of the game, 12 of those OReb opportunities came courtesy of missed Wolfpack FTs. Since the Mt. Olive players had the best rebounding position for those missed free throws by default, they were able to grab a higher percentage of defensive boards than they otherwise would have.