Pack takes care of the Irish

Share All sharing options for: Pack takes care of the Irish

There are often ill-effects when a team steps up from cupcakes to play a major-conference team for the first time(remember the groaner against Purdue last year?). Although the Wolfpack weren't great against the Irish, they did control the majority of the game and allow us to breathe easily for most of the night. 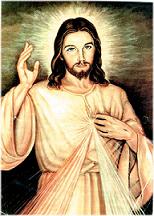 -- Big discrepancy in shooting percentages: NC State's adjusted FG% was 53.5%, while Notre Dame's was just 40.2%. The Pack didn't shoot particularly well from inside the arc, but made up for it by hitting 50% of its three-point attempts.

-- Notre Dame did a much better job than NC State on the glass. Torin Francis had 11 rebounds, 4 of which were offensive. For the game, Notre Dame rebounded nearly 40% of its missed shots; NC State only rebounded 15% of its missed shots (4 offensive rebounds in 27 opportunities). Disappointing to say the least...I really thought we would be better at rebounding this season (though I guess we still could be). Evtimov had one rebound in 27 minutes, and Ced Simmons wasn't very productive, either.

-- The Pack has hit 75% of its free throws through five games, including 83% against UND. Both Simmons and Grant have shown marked improvement at the line, and since they're the guys drawing the most fouls, that is important. Evtimov struggled last year (67%), but looks like he could be back on track this season.

-- This game gives us a good idea of how the rotation will look for the more serious portions of the schedule. Seven guys--Evtimov, Grant, Atsur, Simmons, Brackman, Bennerman, Bethel--got major minutes; Costner and McCauley had a cup of coffee (1 minute apiece). So far, Herb has been starting games with his big lineup, with Bennerman and Bethel coming off the bench. Hopefully McCauley or Costner will get better over the course of the season, because it would be nice to have another forward in the rotation.