Weekend of Gluttony: did we learn anything?

Share All sharing options for: Weekend of Gluttony: did we learn anything?

And you thought there was only one such weekend this month.

Against little resistance, the NC State basketball team bit into the delicious, creamy centers of Stetson, The Citadel, and Delaware. I made a point to pay close attention to how the Wolfpack rebounded the ball since that is typically a serious weakness. Prior to the season, I thought there was reason for optimism. What I saw this weekend was...less than encouraging.

Things began well enough against Stetson's midget brigade: NC State managed an Offensive Rebound Rate of 45.5%, which is quite good. 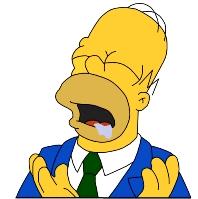 "Mmm...creamy center."
On Saturday, NC State was absolutely pummeled by Citadel at both ends of the court. Not only did the Bulldogs grab 47.9% of available offensive boards, they also held the Pack to a weak 21.9% O-Reb Rate.

I realize it is difficult and probably unfair to read too much into three games, especially against this level of competition; still, you'd think that if this team were going to be genuinely better at rebounding, it would show indications of improvement against the weakest foes on the schedule.

Does NC State's perimeter-oriented offense hinder its ability to grab offensive rebounds? Possibly, but the Pack's problems extend to the defensive side of the ball as well. And there is a much simpler explanation: NC State recruits forwards whose strengths tend to be range and ballhandling rather than rebounding. I'm still hopeful that Andrew Brackman and Cedric Simmons will improve their rebounding skills now that they're bigger and stronger, though certainly there is a lot more to rebounding than weight.

This post shouldn't end on a downer (we don't need to rebound well to be successful; it'd just be nice...). Bear in mind that offensive rebounding isn't the most important factor for success--shooting and turnover percentage matter more, and NC State is good in both areas.

I'm optimistic about our chances against Notre Dame and Iowa (the Irish moreso than the Hawkeyes), although there is that whole can't-beat-a-decent-OOC-opponent-away-from-the-RBC-Center thing. Ilian Evtimov, Engin Atsur, Gavin Grant, and Cedric Simmons have gotten off to excellent starts. For the weekend, Grant averaged 19.8 points, 8.7 rebounds, and 7.2 assists per 40 minutes. Simmons averaged 23.9 points, 10.6 rebounds, and 3.3 blocks per 40 min. If Ced can become a consistent threat in the post--filling Jordan Collins's shoes and then some--that's going to be huge.