The lights are on but nobody's home.

Share All sharing options for: The lights are on but nobody's home.

Gavin did his best Danny Green impression, and you have to admit, it was pretty spot on.

NC State has been playing with fire too much lately. Sooner or later, the good fortune evaporates. The Pack didn't take care of the basketball and played some weak defense, and those shortcomings were enough to squander a 63.8% shooting day. NC State turned the ball over on 29% of its possessions, which is the highest TO% the team has had since the Iowa game.

It was frustrating to watch Georgia Tech shoot the ball as well as they did; compounding my disgust was the fact that they shot over their heads in the first meeting, too. They took advantage of poor defense, but they also just hit some tough shots. Remember that list of Tech's most efficient offensive performances in conference play? Here's an update:

It's an honor to help the Jackets obtain otherwise unknown heights of offensive success, it really is.

-- I think NC State needs some new shoes, as it seems like the players are losing their footing a lot more often than they should be. If I didn't know any better, I'd say some of the guys play in their socks. Maybe they could all stand in a pool of soda before the game or something. Double-sided tape could work.

-- Ced's foul trouble was crippling at the defensive end moreso than the offensive end, I thought. Neither Evtimov nor Brackman could handle Dickey.

-- I really wish Evtimov had taken the open shot he had on the last possession rather than passing the ball to Bennerman. And wouldn't it have been better to have Brackman in the game rather than Grant, since Brackman's a better perimeter shooter? State would've needed to call a timeout in order to substitute (I'm pretty sure we had one), butI guess Sendek wanted to let the last possession play out without allowing Tech to setup or discuss its defense. That approach did pay off with some nice looks...we just couldn't hit them.

-- Maybe it was for the better that Brackman wasn't in the game, because if he'd hit another three, there's no telling how Bob Rathbun would have reacted. 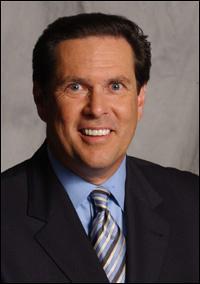 "Strike three looking!!! Brackman third base warning track to the hit and run!!"