The ashtray says you were up all night.

Share All sharing options for: The ashtray says you were up all night.

I like to picture Lee Fowler working deep into the night on this coaching search deal, although I'm not really sure what he would he would do during the wee hours of the day. Posting on the Pack Pride message boards with his alias, perhaps. Pacing 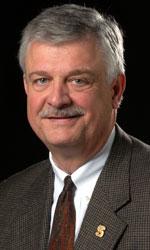 "Maybe all I need
is a shot in the arm."around his home office in a constant state of fret, maybe. Is that work?

Anyway, the mental image is not so much intended to be realistic as it is to be comforting. With all the time he's taking, he must be doing something, right? You know what--don't answer that.

We've reached day 24, and... we still got nothin'. I'm sure the N&O is getting tired of writing the same piece of non-news over and over. It's funny how (relatively) irrelevant the News & Observer has been throughout the search. Pack Pride, StateFans Nation, and Dave Glenn have proven to be more well-connected than anyone at the paper, and it is these sources which have become the first-stops for those seeking updates.

The search has dragged on for so long that certain among us have become perilously out of date.

With dramatic increases in season ticket sales, game attendance, and student involvement, not to mention continued success on the field; NC State baseball's future appears brighter than ever.

"I wouldn't have guessed that the support for our program would have grown this fast," head coach Elliott Avent said of the record crowds in Doak Field at Dail Park this season."The efforts of our coaching and support staffs have been incredible."


The guys deserve all of the added interest. An important series with Miami looms this weekend.

"I don't know how they lost so many games with those three guys," said Sean Jones, who works in the Oakland Raiders' personnel department and reports directly to Al Davis.

McCargo had to address questions about the Wolfpack's apparently underachieving defensive front.

"We had a pretty good defensive front," McCargo said. "At times, we could have played a lot better."

Sendek's further priority has been his assistants. He said his North Carolina State staff, including former Washington State and Oregon State assistant Larry Harris, will join him in Tempe. An announcement will come after background checks are completed.