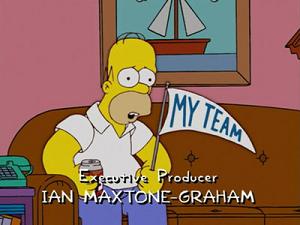 -- The Hurricanes have some work to do. I'll be at game two, and when I'm not distracted with dabbing the nosebleed that I'll surely have, I'd like to see the Canes play better defense. Buffalo's first goal today should not have happened.

Also, would it be at all possible to play against a team from "up nawth" without having to endure this sort of crap?

I sure hope we beat those people.

-- What's happened to the Wolfpack baseball team? After last night's loss to Florida State, the Pack have lost 9 of 12. As I write this, they're comfortably ahead of FSU in the last game of the series, so at least they are going to avoid being swept. State will be the seven-seed in next week's ACC tournament.

-- The softball team staved off elimination from its NCAA regional by beating Princeton earlier today. They'll have to get by Lousiana-Lafayette tonight, then beat LSU twice tomorrow.

-- Derek Morris has been released by the Chiefs.