Share All sharing options for: Gavin: Still Not Deported

The immigration hearing for N.C. State basketball player Gavin Grant scheduled for today in Atlanta has been delayed due to scheduling conflicts.
The hearing has been rescheduled for July 11.


The hearing to decide when the immigration hearing shall be scheduled has been scheduled for sometime next month (note: may be subject to further rescheduling). 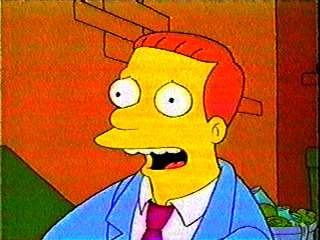 "As for your case, don't you worry.
I've argued in front of every judge
in this state--often as a lawyer."

-- Here are a couple of posts from Edmonton bloggers that are worth your time: the first, the second.

-- Sporting News's Matt Hayes ranks the ACC's football stadiums (HT: FanBlogs). These lists always manage to offend everybody, which I suppose is the point.

8. NC State: The transformation from where this place used to be (a dump), to where it is now (a mini palace) is amazing. The problem, like many ACC venues, is keeping it full.


Yes, he ranked C-F behind Kenan. Like you didn't assume as much.

Hayes says Bobby Dodd (#5) is underrated, but I've been there twice (two games that Tech won, mind you) and found the atmosphere to be pretty meh on both occasions. The view is superb, but the stadium isn't intimidating.

Also perplexing to me: Orange Bowl at #4. I guess TV doesn't do the place justice.

The basic principle in many of the basketball stat formulas is how efficiently players use possessions. The object is to get players who take better shots, commit few turnovers and grab the highest possible percentage of rebounds. It's not just looking at players who score and rebound the most, but who do so with the fewest chances. The more efficient offensive and defensive possessions a team has, the more points it will score and the fewer it will give up.