Tuesday Items: Wolfpack Women Have One Of The Best Classes Of 2006

Share All sharing options for: Tuesday Items: Wolfpack Women Have One Of The Best Classes Of 2006

The Wolfpack's only full-time returning starter from the 2005 defensive line, Pressley is the squad's top returning sacker. He showed great progress over the course of last season, with half of his tackles coming in the last five games. The Greensboro, N.C., native was also a member of the 2005-06 ACC Academic Honor Roll.


There's a phrase you don't see too often: "top returning sacker." GoPack should have added "pretty much by default" in parenthesis at the end of that sentence.

-- The unfortunately-named HoopGurlz.com ranks Kay Yow's incoming class at #7 in the nation:


State managed to pluck Gartrell out of Georgia even though UGA had offered her a scholarship, which is no small feat. Amber White (who, for whatever reason, is unranked by Scout.com) was a 2006 McDonald's All-American. 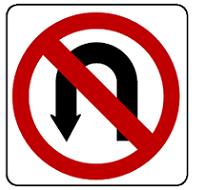 -- The commenters at Deadspin are having all kinds of fun at JJ Redick's expense. It's all over but the photoshoppin'.

-- Since the Stanley Cup finals moved from OLN to NBC, ratings are...better. But still pathetic. It's a shame, too, because the Canes and Oilers play exciting hockey.


The folks in Hartford are coping about like you'd expect:

"My heart is torn in about a million directions," said Al Victor, head of the still-active Hartford Whalers Booster Club. "The thought of having Mr. Karmonos' name on a Cup just turns my stomach."


I just want to know where I can get a pair of these shorts.