-- BlogPoller I'm a Realist has posted a preview of the ACC's Atlantic Division which includes good, quick assessments of all six teams:

You know how the SEC is "notorious" for getting bowl teams by padding their non-conference slate with cupcakes? Well, NC State deserves honorable mention for their SEC scheduling practices this year. Their ACC slate is as easy as they come, and their non-conference slate is laughable. They'll be bowl-eligible, probably win 8 or 9 games in the regular season, but finish only fourth in the division. They have an outside shot at sneaking their way into the conference title game, but a lot of things would have to fall their way for that to happen.


I'd be more than happy with 8-9 wins...I just don't know if Marcus Stone will get us there, even with the weak schedule.

-- If you're an ESPN Insider, you can read Blue Ribbon Yearbook's NC State preview.

Just 6-10 in ACC play since quarterback Philip Rivers left and 23-25 in six seasons in a league that's getting tougher by the minute. Amato has everything he needs in terms of facilities and budgets. It's time to produce a contender.


Would you look at that? Nary a mention of draft picks.

Arizona State fans have already told me they have noticed the striking resemblance between Clint Howard (Ron’s brother, who gets a role in every one of his movies) and new basketball coach Herb Sendek.

I don’t care if he looks like Moe Howard — as long has the guy wins 20 games a year.


Good heavens! How did we not notice this? 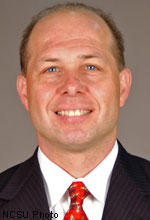 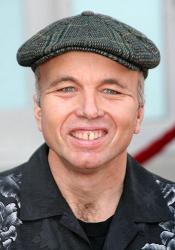