It turns out that knocking over a large pole can be quite easy:

A tower of stadium lights standing outside the left-field fence at Doak Field fell into the parking lot Saturday after a 10-year-old boy reportedly unscrewed an already-loose bolt at the base of a pole.

No one was injured, and no cars were damaged.

According to Sgt. Jon Barnwell of Campus Police, one of the screws connecting the pole to its foundation was missing and another screw was loose enough for a 10-year-old boy to unscrew. He added there will be no criminal charges brought on the juvenile.


If they weren't quintuple-checking the screws on the light poles, what exactly were they doing while the Doak Field renovations lagged well past the scheduled completion date? 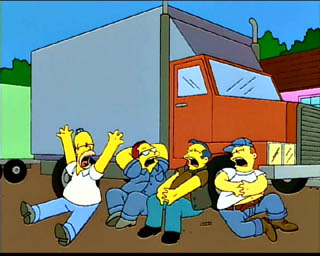 "You sayin' we're not working?"

On an unrelated note: Four tiny tidbits on the ACC from Deadspin. The site chose one picture to accompany that post, to sort of represent the conference and all that it embodies, and that picture is ... a shot of Boston College fans.