Share All sharing options for: Basketball Tips Off Against Vaguely-Named Directional School

The Wolves are expected to be contenders in the NSIC again this season, and as evidenced by this photo from midnight madness, excitement is high. 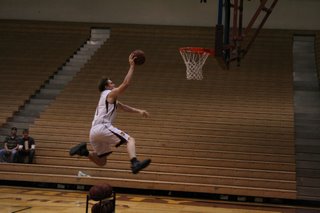 Northern State played an exhibition game against Vanderbilt on Wednesday. The scariest thing from our perspective, other than the fact that NSU kept it close against a team that can't be any worse than we are, is how the Wolves rebounded against Vandy. They grabbed nearly 50% of the offensive rebounds and over 75% of the defensive rebounds--those are very good numbers.