I'm astonished by the momentum that Tom O'Brien's name has picked up today. While I think he's done an admirable job with blah talent in Chestnut Hill, it's hard to muster any enthusiasm for the guy. He's in his late fifties. His teams are consistent yet unspectacular. Most alarmingly, BC fans won't mind if he leaves. That wouldn't scream "good choice" to me were I Lee Fowler.

I guess the biggest reason I'm down on O'Brien is because he's a known quantity. He's established a decent level of success, and we'd probably win 7-8 games most years, but we couldn't realistically expect more than that. There is far more uncertainty as to how Johnson or Fisher would take to the job. That makes them riskier, sure. But it also makes them more fun. I'd have no problem with winning eight games a year if in fact that's what O'Brien delivered, but if we shy away from the more exciting options, we may be shying away from something special. I'd rather take my chances; if there's a greater possibility for failure, then fine. 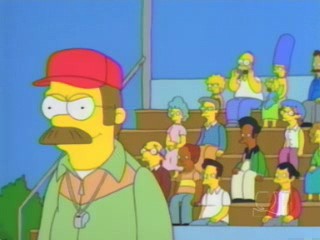 I find it terribly unfortunate that Lee Fowler is so dead set on hiring a guy with head coaching experience that O'Brien would look like the best available candidate to him (as apprears the case). I thought Jimbo Fisher was one of the most intriguing of the serious candidates for the job precisely because he doesn't have the experience (also, I like the idea of having someone named "Jimbo" as our head coach). Naturally, his interview was cancelled.

I shouldn't be surprised; Lee Fowler has consistently looked right past the more interesting names and instead focused on the boring, potential-less yawner prospects like David Cutcliffe, Bobby Johnson (I mean, honestly...), and Jim Donnan. Why? They have head coaching experience.

Ultimately, this affects nothing but my peace of mind, because perception and reputation don't determine who's going to be a success here. Perhaps, when armed with better facilities, fan support, and a southeastern recruiting base, Tom O'Brien will be that much better. And if he is hired, I'm willing to give him a chance. I worry, though, that a large portion of the Wolfpack fanbase will be disappointed by the decision to go with O'Brien, thus shortening his grace period and involving everyone in useless message board bickering before a game is even played. O'Brien is already tired of being unappreciated. How much patience would he have for further abuse?