Miami Offense 06-07Four FactorsPercentNat'l RankeFG%49.1208Turnover Rate18.533Off Reb Rate36.674FTM/FGA22.3250
Last year it was Lethal Weapon 3. This year it's, what, The Lone Gunman? Anthony Harris no longer has Robert Hite and Guillermo Diaz by his side, and his front court teammates have been dropping like flies. The latest casualty, Ray Hicks, joins Anthony King and Jimmy Graham on the sideline thanks to a suspension.

Despite all the turnover in personnel, Miami's offense hasn't taken a hit. Take a look at their 2006 and 2007 numbers--almost identical.

The Hurricanes continue to maintain a guard-oriented attack, with Jack McClinton playing the (very) poor man's Guillermo Diaz. They don't shoot well, but they protect the basketball and they're pretty good on the offensive glass even with a bunch of forwards missing in action. They've struggled to score on the road in conference play, but they've more than held their own at home--they have the fourth-best home offense in the ACC (112.9 pts/100 poss).

Denis Clemente (6-0, 178) -- Splits the point guard duties with Anthony Harris; in conference play Clemente is fourth on the team in both field goal attempts and scoring. His shooting has improved across the board, and after shooting 38.5% in 2006, he's hitting better than 50% this year.

Jack McClinton (6-1, 185) -- McClinton, a transfer from Siena, came right in and asserted himself as Miami's go-to guy, and while he did well in the non-conference portion of the schedule, the ACC slate has exposed him: 41.0 eFG%, 0.93 PPWS. Shooting better from three (36.5%) than he is from two (27.7%). He sports a sub-100 offensive rating in ACC games and provides nothing aside from his inefficient scoring. 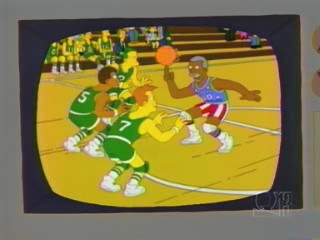 Dwayne Collins (6-8, 232) -- Here's something odd: Collins has more offensive rebounds this season (75) than he does defensive rebounds (67). He is in fact a brilliant offensive rebounder--one of the best in the country. In that regard at least, he gives the Canes what they're missing with Anthony King injured. The Hurricanes might think about looking to Collins for scoring more often; his 51.5% in-conference eFG% (on 7 FGA/g) is tops among the starters.

This is where it gets ugly.

James Dews (6-3, 198), Keaton Copeland (6-5, 245), Lawrence Gilbert (6-7, 201), Fabio Nass (6-11, 202)--a freshman, a senior walk-on, a freshman, and a juco transfer, respectively--are the reserves. Copeland may start on Saturday depending on how Frank Haith wants to match up. Copeland and Dews have been getting 10+ minutes in conference games, while the other two will play sparingly. Don't expect to see too many shots from any of them.

Copeland's conference-only stats suggest he's in way over his head, but he might just be distracted. Will he be the next forward to go down? He could be attacked by a shark. He could slip in the shower. He could draw the ire of the 7th Floor Crew. Or get trapped under a gas truck--that's the worst.

Raymond Hicks had been the Canes most productive bench player. What little scoring punch they had on the bench went bye bye when he got caught doing whatever he was doing. The starting five plus Hicks account for 90% of Miami's in-conference scoring.

Miami Defense 06-07Four FactorsPercentNat'l RankeFG%53.8297Turnover Rate20.6217Off Reb Rate33.9180FTA/FGA40.5246
The real impact of the injuries/suspsensions has been felt here at the defensive end. This is where the loss of forwards is showing most clearly. Opponents' interior shooting:

This is fantastic news for NC State since the Pack is an excellent two-point shooting team (57.1% on the year). Their perimeter defense has been suspect from the moment they entered the ACC (in three conference games against the Canes, NC State is 36-69 (.522) from beyond the arc), and now it appears we're in position to kill them inside as well.

Miami Defense in ACC GamesFour FactorsPercentConf RankeFG%57.212Turnover Rate18.39Off Reb Rate36.99FTA/FGA52.512
It amounts to a defense that allows 120.8 pts/100 poss, one that's not even in the same hemisphere as the 11th-worst defense in the ACC (this gap graphically represented here). Miami: where they play defense like the Washington Generals.

That 57.2% shooting by opponents breaks down to 54.1% on twos and 41.3% (!) on threes. At home, on the road, it doesn't matter. In eight of their ten conference games, opponents have had an offensive efficiency rating above 120, and four times broke 130. At one point, UM opponents shot 60% (eFG) or better in five consecutive games (Duke, BC, FSU, VT, UNC). That there is some stunningly poor defense.

Score Predictor says Pack 77-72 in a game with 67 possessions. Remember, their offense keeps them competitive at home...if you go into Saturday expecting an easy one, I think you'll end up disappointed.