Guess we have to give back the Stanley Cup now.

Share All sharing options for: Guess we have to give back the Stanley Cup now.

No playoffs. I'm weeping into my PlayoffsOn! towel.

In a span of eight days, the Hurricanes went from champs to chokers, losing four of five games at a time when they may have needed to win out to make the playoffs. When the puck was dropped Tuesday, the Canes still had a slim chance of catching even the Lightning. By the time the game was over, there was no hope at all, even with two games left in the season.

"It's the biggest loss of the year that we've had," forward Cory Stillman said. "Tonight was a chance to give us an opportunity to stay in the playoffs, and we let one slip away."

They let so many slip away. Injuries, inconsistent effort, a balky power play and erratic goaltending all played a part in the Hurricanes' season of shame. In the end, the Hurricanes never displayed the same pure desire and will to win that made them so dangerous last season -- a failure particularly evident Tuesday.

All that's left now is rooting for the Canadian teams. Or, really, anyone but the damn hell ass Sabres. 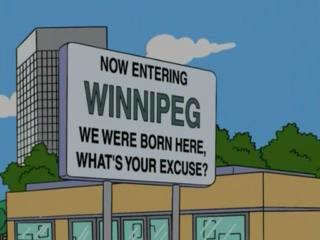