There ain't enough alcohol on the planet to make this team interesting.

Share All sharing options for: There ain't enough alcohol on the planet to make this team interesting.

On May 25th, the White Sox beat the Devil Rays (NCSU alum Chad Orvella took the loss) and improved to 24-20 on the season. At that point, the offense was totally awful, but since the team had a winning record, it was more of a ha-ha funny bad--like, okay, they suck now, but they won't all year. They're still in contention, which makes it slightly tolerable. 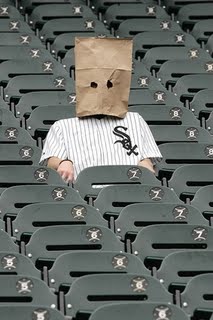 The White Sox are, since May 25th, 5-22. They have, in those 27 games, scored three runs or fewer 16 times. This is not so much ha-ha funny. I've taken to replacing the "now pitching for [insert team], [insert player]" phrase with "now shutting out the White Sox, ... this fuckin' guy!"

What's worse is there are no signs that the corpseball is coming to an end anytime soon--they scored a grand total of two runs against the Cubs this weekend. This is a season of indignities. I'm coming to understand that. You watch a team play Rob Mackowiak every day and you get a new perspective on things. But as it is, even when the White Sox are winning, I'm barely able to come to terms with the fact that the Twins own the White Sox annually (damn you, Little Nicky Punto!). Now I have to deal with losing five of six to the Cubs? I don't know, man. I only have so much to give.

In this modern era, expensive mistakes tend to get blowed up. And the White Sox, with a $100 million-plus payroll, are an expensive mistake. So it's a matter of time. My favorite player is probably outta here. That he's likely to land on a team I loathe barely registers. Eventually the insults become so numerous that they lose all meaning. And Jermaine Dye, yeah, he gone-ish. Who knows where it'll go from there. Not a happy place, that is for sure.

I hope baseball season is going better for you, dear reader. (Unless you are Nick Punto.) 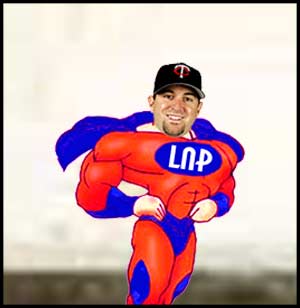