These are the times that try men's blogs.

Share All sharing options for: These are the times that try men's blogs.

For lack of anything else to discuss, here's a nugget from an article about Sidney Lowe's recent trip to exciting Goldsboro, NC:

Lowe said he and his staff must stay ahead of the recruiting curve and prepare for recruiters' calls. Costner received considerable attention from NBA scouts this past season. After conversations with Lowe, he opted to remain in school another year and test the waters once the 2007-08 season ends.


Brandon Costner has already declared for the 2008 draft?

Earlier in the article:

Despite losing their point guard and Engin Atsur, who sat out 12 games, the Wolfpack's six remaining scholarship players refused to quit on the court. Courtney Fells, Gavin Grant, Ben McCallie, Brandon Costner and Dennis Horner each averaged considerable playing time, but they never seemed to get tired.

At least, not when Lowe was looking.

McCallie made the mistake of telling a reporter after the regular season ended that maybe he was getting a little tired. Lowe heard the comment and glanced toward McCallie, who quickly added "but not that tired."


(Emphasis mine.) How does a sportswriter from North Carolina... oh, forget it.

And now something else entirely. Here's how Chuck Amato's firing was supposedly handled:

Chuck Amato was fired the week before the East Carolina game, sometime between the November 18 loss to North Carolina and November 25. So, Amato went into the ECU game knowing he had been fired.

Fowler didn’t fire Amato face-to-face either; instead, Fowler sent Amato a letter telling him to have his office cleaned out by a certain date.


You have to understand the difficult position Fowler was in at the time. The athletics department had previously bought a fleet of carrier pigeons and they were going to waste. 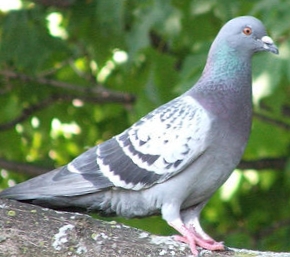 "THE ATHLETICS DIRECTOR WISHES TO EXPRESS HIS DEEP REGRET THAT YOUR SERVICES WILL NO LONGER BE REQUIRED. IF RESIGNATION IS PREFERRED METHOD OF SEPARATION, RETURN SIGNED LETTER WITH PUFFY."

At least he didn't give Amato the news with a text message.