Are we there yet?

Share All sharing options for: Are we there yet?

-- SportsProjections.com asked me to write a brief Wolfpack football preview, which you can find here. I'm overly optimistic, as I usually am this time of year.

-- It was pretty okay, but I don't know about this 89% business. If you're gonna bring Albert Brooks back as a guest voice--playing the bad guy, no less--how can you not reprise his Hank Scorpio role? Boo-urns on that missed opportunity. 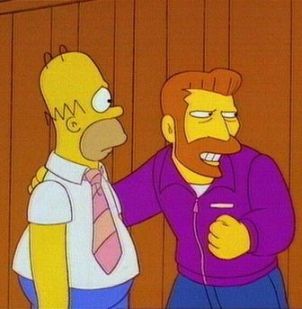 "Homer, on your way out, if you wanna kill somebody, it would help a lot."