-- This All-Star break, Major League Baseball welcomed everyone back to 1997. The Counting Crows and Paula Cole? Who performed at the celebrity softball game, Duncan Sheik?

And by the way, were the White Sox actually contenders this season, I would say: thank you, Tony La Russa. Thank you for letting Aaron Rowand hit in the bottom of the ninth with two outs and the bases loaded and leaving Albert Pujols on the bench. Spectacular idea.

-- The second game of Julius Hodge's summer season did not go so well. Kevin Durant, by the way is 9-36 from the field in two games. Thud.

-- Before I saw this, I was not aware Gardner-Webb had a football team. They need to do something about that getup before 2009; those things look like a rejected Seattle Seahawks uniform idea. 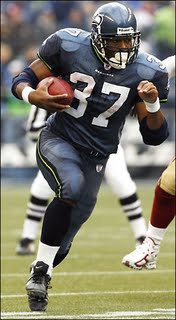 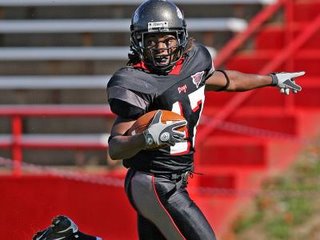 What's the Same: I'm not sure I've ever seen a game that better defines a defense at its best than Tech's season-opening win at Auburn in 2005, when Brandon Cox threw for 340 yards in his first start and still left a beaten, battered goat for throwing four interceptions in total bewilderment. Jon Tenuta's mad zone blitzin' does that to young quarterbacks; the Jackets sacked Cox three times in addition to the picks, sacked Kyle Wright seven times when they upset Miami later in `05, then opened up conference play last year with 17 sacks, collectively, in wins against Virginia, Virginia Tech, Maryland and Miami last year. Tech's turnover margin in those four games was +6, but more importantly, those teams combined to average about two yards per carry. That number a) is awful even accounting for the sacks, and b) contributed to Tenuta's lusty aggression by keeping teams off-schedule on third down. Evidence of that is here in handy chart form, and more circumstantially in the measly half-yard average Tech allowed on all third down runs, heavily influenced by all the negative yardage on sacks. New passers at Notre Dame, Maryland and Clemson aren't going to have a very nice time with this.