Wolfpack Football Through The Decades

Share All sharing options for: Wolfpack Football Through The Decades

All photos and captions are from the University Archives Photograph Collection. You can click on the photos for larger versions. 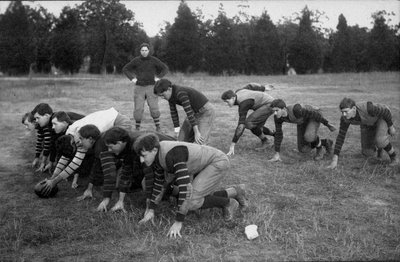 "North Carolina College of Agriculture and Mechanic Arts football team lining up in formation on the practice field." (1906) 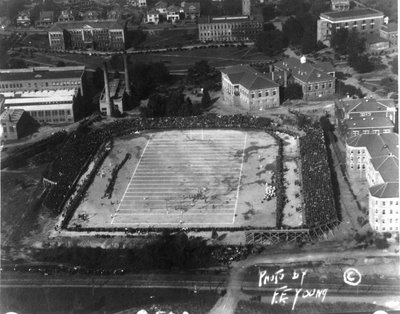 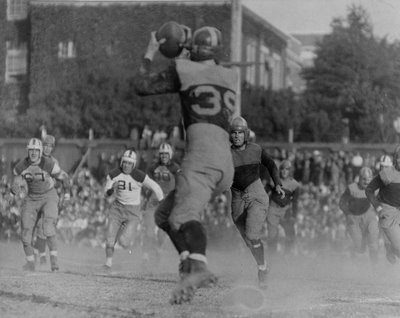 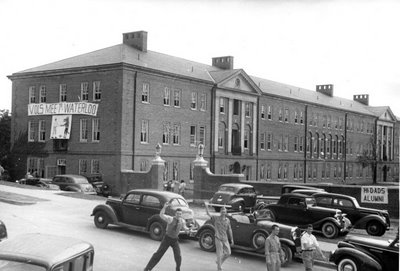 "Four students in the street outside of Bagwell residence hall during homecoming, 1939." 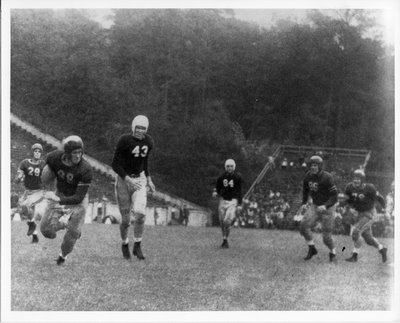 In 1941, the Pack employed the Tennessee System on offense. It was basically a single-wing attack with the quarterback crouching close to the ground behind the center. However, the quarterback played a much different role than he does in modern football. The quarterback rarely ran the football, and the position was also referred to as the "blocking back." When State met Carolina, Wolfpack co-captain Bob Cathey was State's quarterback.

On second down from the 16, Cathey ran what was known as a "quarterback sneak" at that time. Cathey took the ball from center Jimmy Allen and proceeded to make a number of fakes to the halfbacks. The defense, which had watched Cathey hand off all afternoon, went for those fakes. Cathey then tucked the ball into his stomach, bent over and slowly moved down the field. Near the line of scrimmage Cathey bounced off a couple of UNC defenders who didn't realize he had the ball, and then Cathey trotted into the end zone virtually unnoticed for a touchdown. 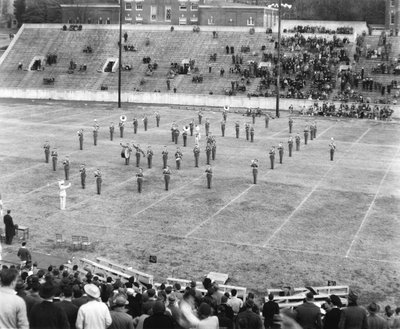 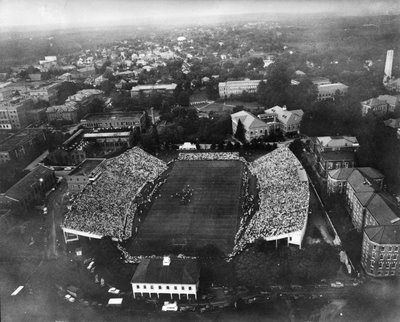 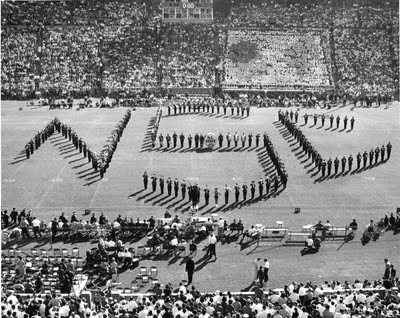 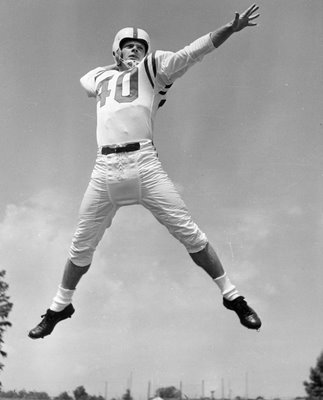 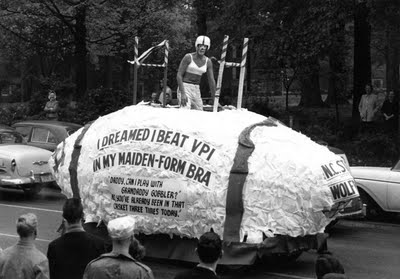 "Football-shaped float that is being ridden by a male student wearing a bra, homecoming, 1958. A sign on the float reads 'I dreamed I beat VPI in my Maiden-from bra.'" 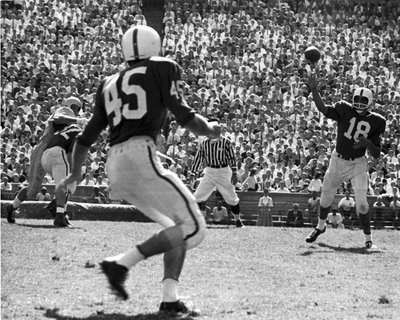 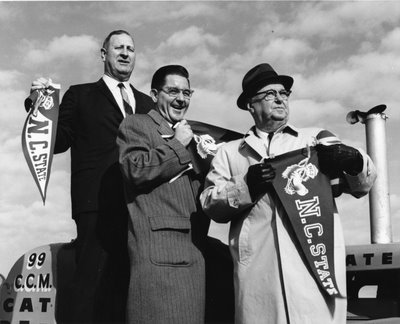 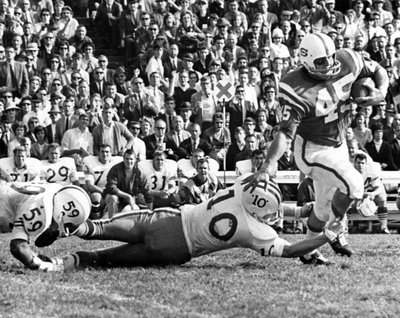 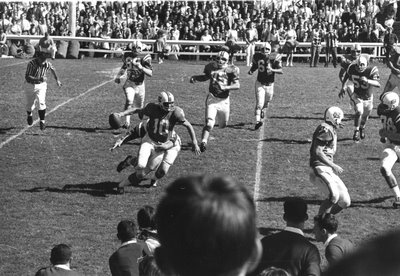 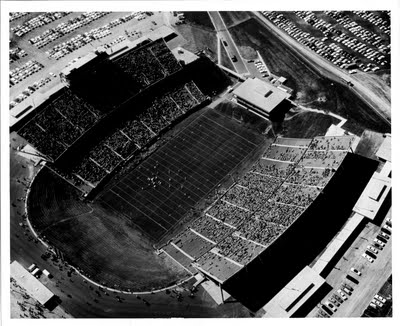 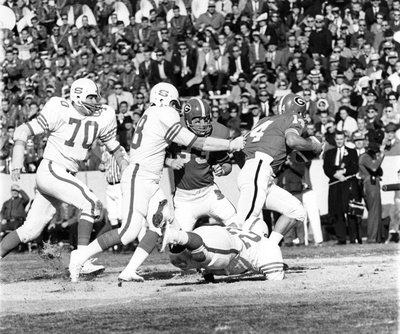 "The white shoes defense completed the tremendous 1967 campaign by pulling down Georgia in the Liberty Bowl." 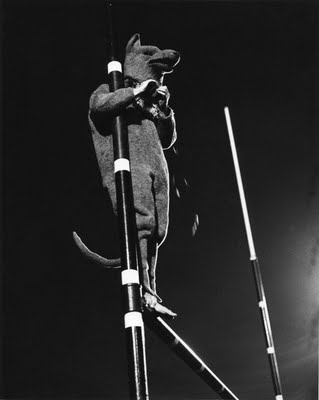 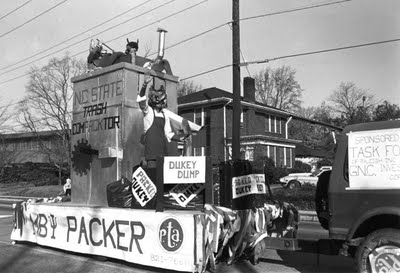