All I know is my gut says maybe.

Share All sharing options for: All I know is my gut says maybe.

UCF camp closed over the weekend with George O'Leary feeling "somewhat happy" at where the team stood. 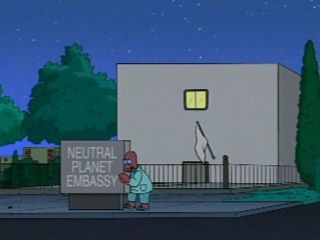 Defensive coordinator John Skladany, whose style is more often reserved than not, also picked up his volume and shouted for his unit to "Lock in! Every play. Every down."


Not quite what anyone wanted to read in re: that whole red zone scoring thing, but the offense did bounce back on Friday:

The offense controlled the first part of Friday's session, with the defense making some plays late in the session, including a nice interception by second-team CB Emery Allen.

While it was good to see the offense perform, watching the defense be exploited so much wasn't a welcomed experience for O'Leary with only two weeks left before the season opener.

And though they turned it on late in practice, the assistants wound up keeping them for a few minutes afterward for some extra calisthenics.


Knights beat writer Kyle Hightower offered his end of camp grades. He likes what he's seen, as every position gets at least a B. On the receivers:

I want to give them at least an A-, but considering that their success this season is probably gonna be dependent on at least one freshman having a solid year, I decided best not to make myself look like a complete dope if it doesn't work out.

Junior Rocky Ross had a strong camp, as expected. Fellow junior Willie Thornton and senior Javid James weren't bad either, but both will definitely get a lot of competition for playing time from four true freshman who made their presence felt.

The top pup is Khymest Williams, who saved his best practice for last Saturday, catching three TD passess in the Knights' longest scrimmage of the fall to this point. He'll likely be joined on the travel roster by Sidney Haynes, Kamar Aiken and A.J. Guyton. My favorite is Haynes, just because of his speed and open field ability. But I agree that Williams has the most complete package. But that is freshman complete. Let's all keep that in mind as the season starts.


Elsewhere, there's a brief UCF preview from something called The Sports Network that includes this end note:

OUTLOOK: The Knights return a plethora of starters on both sides of the ball, making them a legitimate candidate to win the C-USA title. The team should be able to solve its red zone woes this season and that alone could translate into a few more wins. If the defense can improve significantly, expect UCF to make a second appearance in the C-USA Championship game.


And that's a good nutshell assessment of the Knights, although I think they can expect to be in the C-USA title game even without significant improvement on the defensive side.