In his uniform watch column today, Paul Lukas lists a slew of uniforms that were worn briefly and then scrapped. Among those, of course:

1989: On Jan. 7, the N.C. State basketball team takes the court wearing one-piece unitards, which are so embarrassing that the players wear shorts over them. The bodysuits are worn one more time and then scrapped, with Wolfpack coach Jim Valvano tactfully explaining, "The players complained that the unitards just weren't as comfortable as they think they could be."


Which got me thinking... what other short-lived uniform designs have we seen?

Peach Bowl vs. Mississippi State -- The "I sat down in wet paint" pants.

I believe this was the first time these were worn, and after the Pack blew a comfortable lead down the stretch, it was the last time as well. Might be wrong about that, though. 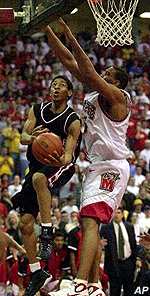 Out with the end of the Mike O'Cain era. 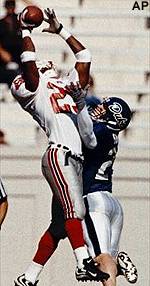 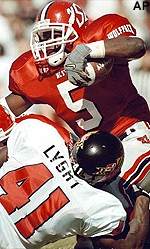