The key is to key your keys.

Share All sharing options for: The key is to key your keys. 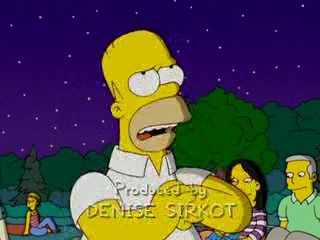 "If she didn't want her car ruined, she should've done a better job hiding her keys."


The Pack works on stopping the flexbone:

"It's a multiple challenge," NCSU coach Tom O'Brien said after today's practice. "You have to be disciplined. You have to key your keys, and that's what we started today, emphasizing they have to watch their key and follow their key.

"There a fullback, there's a quarterback and there's a pitch guy. And then there's the throw to the post. You better cover them all."


If you've watched Paul Johnson's Navy teams play, and chances are that you have, then you've seen the flexbone offense that Wofford will be running on Saturday.


The triple option play described above often looks something like this: 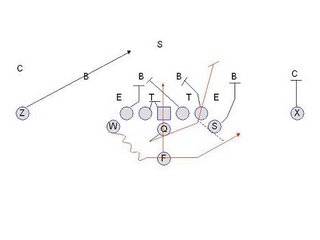 The flexbone emphasizes agility over size, which makes big, hulking offensive linemen--who tend to be hard to come by for schools like Wofford--unnecessary for success. You're able to negate superior size along the defensive line by working laterally rather than attempting to open holes up the middle of the field, and you force defensive players to play assignments that can make them tentative.

Defenses adjust by putting more men in the box and playing more man-to-man, which can put you in a lot of advantageous one-on-one reciever/defensive back situations, thus making life much easier for a quarterback who probably isn't the most strong-armed or accurate. Lull the defense to sleep with run after run, and then hit them with maybe the prettiest play in football: the option pass.

The fullback, the quarterback, the pitch man, the throw to the post. Like TOB says, you'd better cover them all. Lose your keys and you invite disaster.