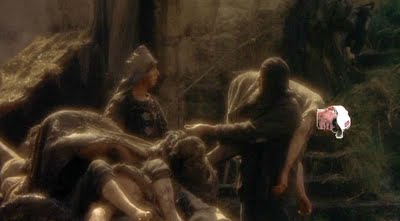 
Let's take a look at some of the numbers underlying State's turnaround. I've included only our games against I-A opponents in what you see below, and in honor of TOB's then rolleye-worthy, now sure-I-mean-I-guess-shrug-worthy bit of coaching psychology, I'll call the five games before the bye week the "first season" and the three games after it the "second season."
The third line includes an adjustment for the difference in average plays per game. Our last three games have seen a significant increase in plays per game-- about 7-8 more plays from scrimmage for both teams. The adjustment puts the two "seasons" on equal footing in this regard.

It wasn't difficult to tell before the year started that the second half of the schedule would be the easier portion, and without question the change in quality of opponents is partially responsible for the raw improvement. Opponents' full season averages:
Our last three opponents average about 80 fewer total yards of offense per game, and the entire difference is in the passing game. Transitioning from Matty Heisman and Brian Brohm to Rob Kass and Kirby Freeman never hurts.

The NC State offense:
A bit of strangeness from the Miami game: Kirby Freeman, with all of one completion, averaged more yards per attempt (6.0) than did Daniel Evans (5.2).