-- It didn't look like a good defensive effort (can we get around a freakin' screen?), but the Pirates ended up well below their average offensive efficiency. I hesitate to give us any credit for that.

-- It figures--Brandon Costner finally finds his jumper and promptly leaves it in Raleigh. That's understandable, though, because I always forget something when I travel.

-- Johnson/Gonzalez: a combined 6 pts, 1 reb, 1 ast, 4 TOs in 40 minutes. Thankfully it's about to get a hell of a lot easier for these guys, as we've got three games against the bottom 15% of I-A forthcoming. 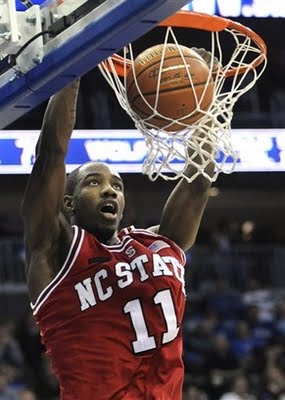