Run away! Run away!

A certain amount of grudging respect must be granted to the Blue Devils for the way they have reinvented themselves this season. They made a dramatic change to their approach that you don't see very often, upping their pace from 66 possessions per game a year ago to nearly 75 this season. While their offensive rebounding is down thanks to a lack of height and an increased reliance on three-pointers, they've made that irrelevant by shooting and protecting the basketball extremely well.

Greg Paulus (6-1, 185) -- As Ken Pomeroy noted, Paulus has become a smaller part of the offense this season; he's taking a little over 16% of Duke's shots while he's on the court, down from 20.3% a year ago. He's also become more of a three-point specialist, devoting about 69% of his attempts to threes. To his credit, he has decreased his turnover rate to the point where he can no longer be considered a liability here, though how much of that is just a function of his decreased role I do not know (the assist rate is down, too). Paulus is one of four Blue Devils who shoot threes regularly and hit over 40% of them.

DeMarcus Nelson (6-4, 200) -- Shooting 42.3% from outside, which I would think has to start coming down at some point. But he does most of his scoring inside of the arc, where he is--and can be expected to remain--a guy who shoots better than 50%.

Gerald Henderson (6-4, 210) -- He has become an offensive focal point, using 26% of the possessions and taking 27.1% of the shots; the increased involvement has made him the least efficient of the primary scorers. Nelson and Singler could stand to take some of his workload.

Kyle Singler (6-8, 220) -- A very efficient shooter from inside the arc (57.8%). Offensive rebounds pretty well, but the defensive rebounding needs a lot of work (he rebounds like Ben McCauley, basically). He's had a bit of a problem with fouls (4.6 per 40 minutes), which isn't surprising under the circumstances. 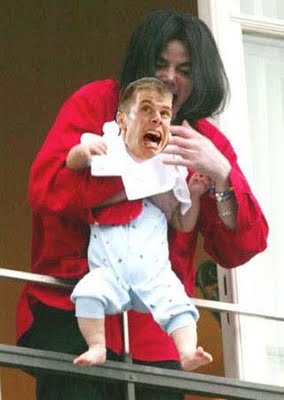 Lance Thomas (6-8, 220) -- The most glaring liability in the rotation, he's still very much a work in progress. Duke has no choice but to use him; with Zoubek sidelined, Thomas and Singler are the only healthy players who are 6-8 or taller. His role is kept to a bare minimum which prevents him from doing too much damage.

Jon Scheyer's (6-5, 180) role and minutes have decreased, but he is uber-efficient. Another 40+% outside shooter. God, this game is gonna hurt.

Taylor King (6-6, 230) only gets about 13 minutes a night but leads the Blue Devils in three point attempts. When he comes in, it's bombs away, baby: 14.8 3FGAs per 40 minutes. His fearless and accurate shooting have helped him average 27.1 points per 40 minutes. That's incredible.

Nolan Smith (6-2, 180) has an assist rate that's comparable to Paulus's, but he is more turnover prone and the outside shooting isn't there yet.


Here we are with this wealth of height struggling to grab the other team's misses. And here's Duke, with just a few tall guys, limiting opponents to 31.5% of their misses. Must be nice to have a well-coached basketball team.

It looks like Duke's up-and-down style is getting to the opposition. They're blocking fewer shots and their steal rate hasn't increased much, but they're forcing a lot more turnovers, which suggests that the pressure is having a major effect. When we played Duke without Atsur last season, we turned the ball over on 29% of our possessions. As we are without a point guard this time around as well, I'd expect a similar figure.

And if that happens, Duke's expected margin of victory (21) might be on the conservative side.

I'm not normally a praying man, but if you're up there, please save us, Superman.

[Photo is borrowed from the Scheyerface thread.]