-- Dan Wiederer wonders where the Pack can turn for leadership.

From the outside, Grant and Ben McCauley seem to be the most logical leaders. An outspoken senior who’s been around the block in the ACC, Grant possesses a charisma that should be contagious to teammates.

McCauley, meanwhile, plays harder than anyone in the ACC not named Hansbrough. And yet both players have had their skills handcuffed this season as Lowe sticks to his structured offensive philosophy.

No matter what system is being run, there’s no way a player with McCauley’s versatility and skill should head to the locker room at halftime with this stat line: 10 minutes, 0-for-2 shooting, zero points, zero rebounds, zero assists, zero steals and zero blocks.


That criticism of the system is unwarranted, at least in Grant's case; he's having the most effective season of his career, and there's nothing in the way he conducts himself at the offensive end that suggests to me that he's handcuffed.

McCauley's situation, I think, is mostly of his own making, and at any rate, I have a hard time separating out all of the issues and pinning the blame on one of them.

Virginia coach Dave Leitao may want to think about wearing a vest with his suit for the team’s last five ACC games. UVa is now 2-0 when Leitao wears a vest this season. Leitao has gone with the look in both of Virginia’s wins over BC.

"You should tell him that," Diane said. "I think he’s kind of into that. When something’s going good - keep going with it."


His loafers--their luckiness as yet unknown--are former gophers. True story.

-- Laurynas Mikalauskas is back and out-passioning the hell out of everyone. I kid, but we could certainly use someone with his mindset.

-- A Duke injury report has been located. 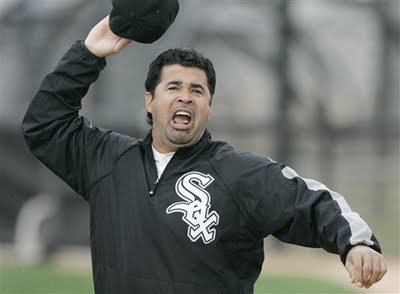