Beecher struggled for much of the rest of the night, completing 15-of-30 passes overall for 123 yards. His only touchdown pass came on the game's final play when he hooked up with Jason Barnes on a 15-yard scoring strike. Beecher was also intercepted once by Chris Hail, who stepped in front of the intended receiver and rambled 45 yards to the endzone.

"I thought we would move the ball better, but we didn't, so we have a lot of coaching to do," said Coach Spurrier. "Tommy hasn't played much at all and I guess it was evident tonight. He got hung up and scrambled around and you can't do that in our conference. You have to get rid of it. He knows where (his receivers) all are, but his decision-making - he hasn't done a lot, he hasn't played a lot. That's why we left him out there and let him struggle. We'll see if he can learn from it and go from there. It was probably good for Tommy. He needs to understand that he hasn't done much yet."

We could be in for one ugly game in two weeks. And I'm okay with that, because I figure that's the only kind of game we can win in Columbia. The other day I had a dream where I was at the USC game and we looked incompetent offensively but blocked three punts en route to a 23-20 win. Or maybe I was just watching my copy of the '99 Texas game again. Best road trip ever.

-- As James noted on Tuesday, the sing along song submissions have been whittled down to five options.

I'd complain here, but frankly, I'm just thankful we managed to dodge "Don't Stop Believin'." That's something of a minor miracle. My roommate is a bit of a Journey enthusiast (come to think of it, I know a lot of Journey fans. I need some new friends), and I don't think I could stomach any additional exposure.

My Fugazi suggestion was, not surprisingly, shot down.

Here's how the voting looks so far:

It's a tight race, with Bon Jovi in a distant fifth place, right where he should be.

According to the idiot, he will become incensed at the quality and sentiment of the comments already posted below the video—which will include such replies as "not great, nice try tho," "FIRSTIES!!!" and "wtf?? lol so random." At this point, Mylenek said, he will feel a deep, unwavering desire to offer a dissenting opinion, which he has hinted will include the words "gay" and "reatrd" [sic].

"It is my moral obligation to alert the Internet community to the fact that this video is totally gay, and furthermore, that the individual who made it is a fag," Mylenek said.


-- One highlight of my trip to Chicago was watching Mark Buehrle roll out of the players' parking lot in this: 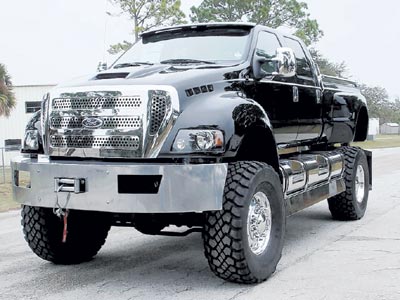 
He crushed twelve cars on his way to the Dan Ryan Expressway. No pink hats were injured.