Boston College was one of the ACC's younger teams in 2008, relying on several freshmen to play significant minutes, so it's not too surprising that they had trouble hanging onto the basketball. But they progressed as the year went along, and it looks like they've been able to carry that over to 2009. They remain very young, but the difference is they're relying on a group of experienced sophomores rather than green first-year players.

Tyrese Rice took almost 30% of BC's shots in '08 and led the ACC in that category; in the early stages of this season, however, he took a more passive role, perhaps recognizing that this year's squad had the pieces to provide a more balanced attack. Since they've gotten into conference play, though, Rice has reasserted himself at the offensive end, taking a team-high 28.5% of the shots. In their first five conference games, they've essentially been a three-pronged attack, with Rice, Rakim Sanders, and Joe Trapani providing the bulk of the production. 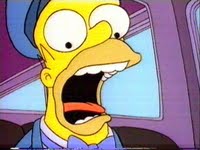 Rakim Sanders (6-5, 225) -- A big drain on the offense in 2008, especially in conference play where he shot 46.6% while taking over 25% of the shots; couple the poor/bulk shooting with a 25.0 turnover rate and you've got a hell of a possession killer. He's cut down a bit on the turnovers, though they remain an issue for him, and he's making more shots inside the arc and from the free throw line. He's also getting it going from outside after a slow start, and has been the team's best three-point shooter in ACC play.

Corey Raji (6-6, 214) -- The ACC's third best offensive rebounder and the only guy under 6-7 to crack the top 20. He is not so good at the defensive end, though--much like BC in general. He is struggling to hit his twos in conference play, but he should come around. Has the lowest TO% on the team.

Joe Trapani (6-8, 218) -- For some reason, I keep wanting to call him Joe Timpani. Also, I feel that a timpani roll should precede every one of his free throw attempts. Trapani transferred to Boston College after a strong freshman debut at Vermont in 2007; he immediately became one of BC's primary contributors and transitioned smoothly during the pre-conference slate. If his first five ACC games are any indication, however, he may not be ready to handle a big workload against major-conference competition.

Josh Southern (6-10, 242) -- An efficient--abeit infrequent--scorer in 2008, he's slumping badly so far this season. He's shooting under 30% in conference play and his rebounding has been non-existant.

In a rotation that's been shortened of late, Reggie Jackson (6-3, 193) and Cortney Dunn (6-8, 234) are the only guys seeing significant time. Apparently just doing this college basketball thing for the free meals, Dunn is using a microscopic 4.8% of BC's possessions.

They were terrible and they remain terrible. Conference foes have posted a collective 109.7 OFF EFF against the Eagles and have totally pulverized them on the glass, grabbing 43.6 of their own misses.

So here, finally, is a break for the Wolfpack. Their FG% D is nothing special, they don't force turnovers, and their defensive rebounding is, as noted, awful. (This is another opportunity to beat a dead horse, which, in the case of rebounding, I never mind doing. The Eagles rank 26th in OR% and 258th in DR%--remember, every rebound needs an adjective.)

The Pomeroy Predictor likes BC by five.