Clemson's offense hasn't had a problem moving on without Cliff Hammonds and James Mays. Hammonds was an efficient scorer but the Tigers didn't lean on him for a lot of production (he took a modest 17.5% of the shots). Mays, meanwhile, was a valuable contributor at the defensive end but shot poorly and turned the ball over a lot at the offensive end; his offensive contributions are easily replaced and surpassed by Trevor Booker, who is now the go-to guy in the post.

A more efficient allocation of two-point attempts to the forwards who do the best job making them has helped the Tigers improve their 2FG% from 49.7% in '08 to 55.1% this season, but their weak schedule is partially responsible as well.

Demontez Stitt (6-2, 175) -- Not a lot went right for Stitt as a freshman last year--he turned the ball over often while combining poor shooting with too-frequent shooting. But he did a good job getting himself to the line, where he shot better than 76%. Looking at that FT%, if was a fair bet his outside shooting would come around, and it has (slightly). (Though his FT% is under 66% so far; maybe he doesn't have any touch after all.) 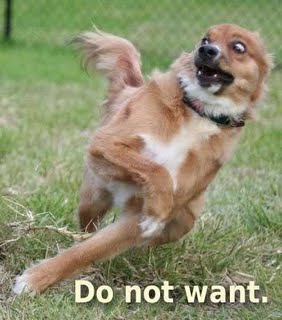 In 2009, Stitt is taking a much more appropriate 15% of the shots, down from 19.5%, and his efficiency has gone up with the decrease in workload. He continues to maintain an excellent FT rate--in fact, his is the highest among the starting five--but turnovers remain a problem.

Trevor Booker (6-7, 240) -- Booker always seemed like a guy who could handle an above-average workload, and he's proving it this season. His TO% is down and his FT% up, two improvements he may not be able to maintain going forward. But he's always been a high-percentage scorer in the post, a good rebounder at both ends, and a great shot-blocker.

Raymond Sykes (6-9, 220) -- Best used in small doses since he turns the ball over a lot and is just not a skilled offensive player in general.

[Update: Quick addendum:
Occasional is definitely not the right word to describe their contributions. Thanks for the correction, Tigers fans.]

But enough of that; there's anagrams to get to. Clemson might be the most anagramically awesome team in the ACC. For example:

Raymond Sykes: Yaks Syndrome. (Pray your cat does not get this.)

Andre Young: Ray Dungeon. When I think of Ray Dungeon, I think of a cross between Indiana Jones and Max Power. Dynamic, isn't it? Unassuming college student by day, swashbucklin', treasure-huntin', power-couplin' hero by night. If Andre Young doesn't use this alias when he checks into hotels, I'll be very disappointed.

In our first game against Clemson last year, we turned the ball over almost 37% of the time; in the second meeting, about 24%. Is there any reason to expect us to avoid death by turnover margin this time around? Alas, no.

Pomeroy Predictor likes the Tigers by 14.