-- Whew. I was sure James Johnson's potential game-tyer was going in--it was hard to imagine any other outcome considering that's the sort of thing that has generally happened to the Pack in crunch time. And the four points the Deacs got on their previous possession seemed to be an omen. When it didn't fall, it felt like the first break we'd gotten all season.

"I knew we were going to pull this one out," said Wolfpack junior Brandon Costner. "I wasn’t worried."


Me neither! *passes out*

-- Tense moments aside, it was a very good effort by the Pack. The guys deserve a lot of credit for limiting Teague's impact the way they did.

-- Despite a tough night inside the arc (44.3% on twos), State managed to crack 1.1 pts/poss thanks to excellent offensive rebounding and a bunch of trips to the line. This is just the second time in 22 games this season that Wake Forest has allowed an opponent to score 1.1+ pts/poss. 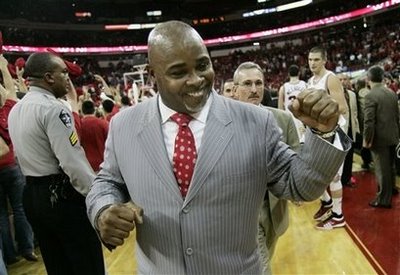