Share All sharing options for: Kellie Harper And Etc.

-- I'm late to the party, but just in case you have not yet heard, all signs point to Kellie Harper being named the next women's basketball coach at NC State. She met with her team late Tuesday night, and an official announcement from NCSU should come Thursday or Friday. (Update: press conference scheduled for 4:30PM Thursday.)

All of which brings us to the inevitable (argh) "right fit?" article.

There are published reports that athletic director Lee Fowler is not going to honor Yow's wishes, a baffling decision if it is accurate.

Let's face it; this is women's basketball we're talking about. Football and men's basketball demands success without sentiment, and an AD has to make coaching choices that affect millions in revenues and soothing the passions of tens of thousands of supporters.

But when Yow from virtually her deathbed asks for a favor based on her 34 years of service and nearly 700 wins at N.C. State, that wish should be granted unless there is a compelling reason to do otherwise.

Enter Harper, who could be walking into a position where anger, hurt and disappointment may prevent full support from the Wolfpack faithful.


So much wrong in so few words. Kudos, sir.

Sylvia Hatchell, Joanne McCallie, whoever the hell coaches at Wake Forest: this is a peek at your future: 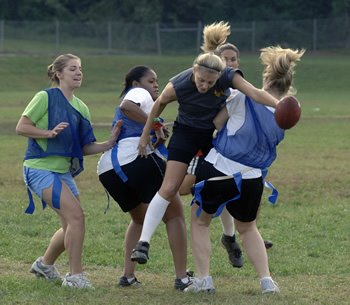 Oh it's on now. PAIN TRAIN. 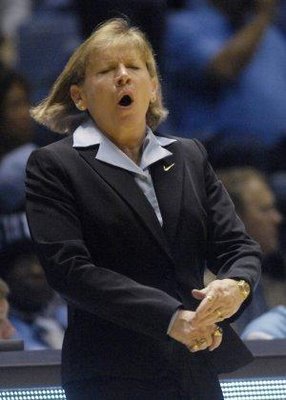 -- Pack Pride has some quotes from TOB's Tuesday press conference. Also: TOB talks to Dave Glenn, Heather Dinich. He told Glenn that he's still a year or two away from having the kinds of offensive lines he had at Boston College. Which is to say that Chuck Amato left one hell of a mess there.

-- Please let this happen. While the possibility he actually gets to play is remote, this news at least makes visualizing him getting mauled by a defensive end that much easier.