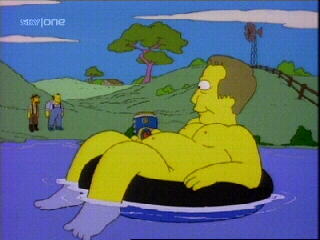 Jordan Vandenberg, a seven-footer from Australia, committed to NC State over the weekend. His addition makes next year's front court situation appear a bit less frightening. It may be that he isn't ready to contribute much at the offensive end next season, and that's okay, because what we really need from him is defense. If he can disrupt shots in the paint and rebound well at that end, he'll be a valuable member of the lineup regardless of what he does offensively.

Vandenberg's commitment means that Nevada's recent trip to Australia was all for naught. That's what you get, you thieving thieves!


1. Demonstrate unflinching excellence on the court. In three years with the Wolfpack, Stubbs has accumulated a 3-61 record in the ACC and a 14-84 record overall.


2. Respond to criticism in a professional, mature manner. On Oct. 14, Technician ran an editorial cartoon complimenting Stubbs’ first ACC wins in a backhanded manner. Stubbs, a black woman, felt the cartoon was directed at her race rather than her performance as a coach.


Stubbs responded to the Oct. 14 piece by refusing to comment to Technician reporters, demanding a front page apology and talking to seemingly everyone about the cartoon except the Technician staff. Repeated invitations to Stubbs to come to our office and discuss the issue in an open forum were left unanswered, and what could have been a learning experience for everyone involved developed into a bitter standoff.


Personally, I don’t think there was anything racist about the cartoon, but I will invite anyone interested to make up their own mind. Search "stubbs cartoon" on Technician’s Web site and see for yourself.


3. Create strong student and fan support by alienating the student newspaper. Stubbs understands that the best way to put out the word about her blossoming volleyball program is to refuse to talk to the only media outlet that will ever regularly cover N.C. State volleyball. She has not allowed any interviews with Technician reporters since the cartoon ran Oct. 14 (She has also not won any matches since that date.)

Speaking of parting shots, this is probably not how you want to go out. "Explicative" removed?