The Zips return almost all of the important pieces from a team that finished 23-13, won the MAC, and earned a 10-seed in the NCAA tournament a year ago.  They've got a couple of players on the preseason all-conference team and they've not surprisingly been picked to win the MAC once again.

The one starter they lost, forward Nate Linhart, led the team in defensive rebounding percentage, block percentage, steal percentage, and 2FG%.  That's a bit worrisome for a team that lacked good shooting and hung its hat on defense last season.  If the first game of this season (a 3-point loss to fellow Glenn Wilkes-er Austin Peay) is any indication, those shooting problems will persist, and they may have lost some of their edge at the defensive end.

Offensively, they were the very definition of mediocre in 2009--pretty much right at the national average in all four factors.  Forty percent of their field goal attempts were threes, so this was a very three-heavy offense.  They had seven guys who would shoot from outside on a regular basis but only one that shot better than 35%.

Darryl Roberts (6-0, 165) -- More of a 2 than a 1, from what I can tell.  Looking at the assist rates of the starters, I can't find a true point guard.  Roberts was easily the Zips' most efficient player a year ago, as he kept the turnovers to a minimum, made almost 40% of this three-point attempts, and was automatic from the line.  Just a role player, though.

Brett McClanahan (6-4, 185) -- Played sparingly in '09 but took a lot of shots when he was on the court, an alarming majority of which did not go in.  His 3-10 effort in the opener is not an encouraging sign.

Chris McKnight (6-7, 225) -- He'll do most of his scoring inside, but like just about everybody else on this team, he's willing to step outside from time to time.  Good offensive rebounder, though not so much at the other end, and the Zips' most frequent free throw shooter.  He wasn't very effective from the field (49.2 2FG%) or the line (65.4 FT%) last season.

Head coach Keith Dambrot has sort of a mad scientist thing going on here.  I'm not sure if it's inspired or crazy.  The guy that made this offense go--moreso by shooting in bulk than by shooting efficiently--and led the team in scoring came off the bench last season.  It appears he'll continue to be the sixth man.  That's Brett McKnight (6-6, 245). McKnight's huge workload (used 30.4% of the possessions, took 32.6% of the shots) was probably higher than the Zips would've liked, and it certainly took a significant toll on his efficiency, but the team didn't have much in the way of alternatives.

Anthony "Humpty" Hitchens (5-9, 168), started from day one in '09, was the team's best distributor and a big part of the offense, all of which earned him all-freshman honors.  He's been demoted to the bench, but I'd expect him, along with Brett McKnight, to check in quickly and see heavy minutes.

Zeke Marshall (7-0, 218), ranked in the class of 2009's top 50 by both Rivals and Scout, was an impressive get by the Akron staff.  He scored 10 points and grabbed 12 boards in his college debut.  He's raw but nonetheless figures to be another significant factor off the bench.

Akron's tough pressure defense made for a lot of missed shots and turnovers, and that made this a very successful unit despite their rebounding issues and propensity for fouls.  Prior to his team's date with the Zips in the tourney last year, Gonzaga coach Mark Few said he's never in 20 years seen a team that plays as hard as Akron.  This preview refers to the Zips as "scrappy" and "rugged" several times, and in this particular case, that description doesn't appear to be hot air.  I mean, the McKnight brothers grew up playing pickup games against prison inmates.

Casual pick-up games?"Oh, not at all. It's soooo physical," said Chris McKnight, a senior forward averaging 9.2 points per game -- 2.2 points below sophomore Brett, the team leader. "Those games take me back to the games we'd play with my dad in the driveway."

Phillip McKnight is a prison guard supervising 150 inmates at the Southern Correctional Institute in Lancaster."There are no fouls. You get knocked down, you better get back up and keep playing," Chris said.

And forget pouting over the lack of a call while splayed on the court.

The referees? Other prisoners.

So their "blue collar work ethic," or whatever you'd like to call it, is no joke. 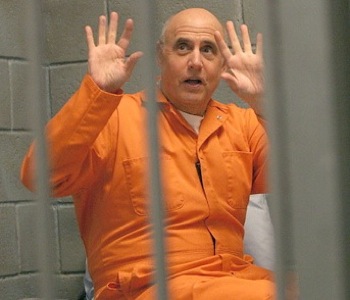 "You just embarrassed yourself in front of T-Bone."

That the Wolfpack's guards take care of the basketball is critical, obviously, and the guys need to stay focused on the inside-out strategy.  If they stick to the plan, they should have plenty of second chance opportunities and trips to the line, perhaps enough of both to earn the win.