Cox’s approval of his alma mater, however, didn’t extend to either of the college’s two official logos: a strutting wolf that dates back to the 1920s and a large S with a smaller N and C imposed on it. Since he was in the logo business himself, Cox thought he could design something more … intimidating.

The solution came in a painting called "The Eyes of the Wolf" by Arthur Armstrong. The vaguely rectangular image shows only a wolf’s face from the brow to the tip of the miuzzle. Yellow eyes seem to burn amid the gray and white fur. Struck by the painting, Cox bought the original. Then he bought the copyright.

It took him a little while to figure out how to incorporate the image into a logo, but the result was simply adding the school’s name above the lupine face with the mascot name — Wolfpack — below.

Let's see how you did, Jim. 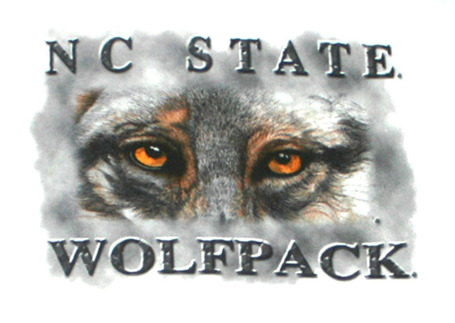 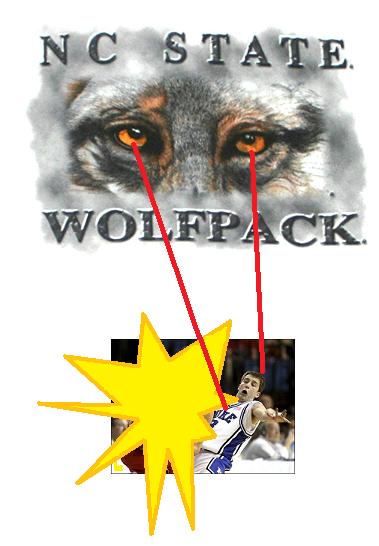 That's more like it.  Let's test drive this bad boy. 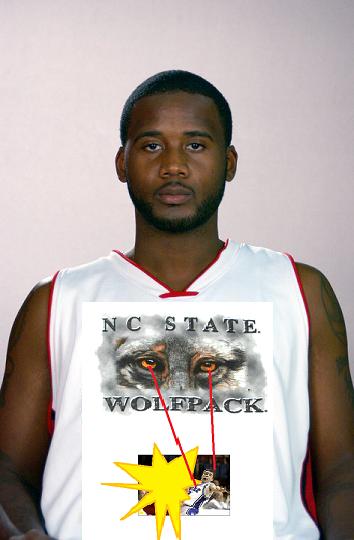 Then came the Wolfpack Club, which said, "We don’t change things around here very much, but we really like that," Cox said.

With those influential groups behind him, he went to NC State’s trademark office. They were the ones he had to convince.

"Had I not been an alumnus they probably wouldn’t have been interested," Cox said.

But once he got his foot in the door, a grudging five-minute interview turned into 45 minutes and ended with "Can you be ready for football season?"

Yeah, this is really happening.