(Liveblog note: no point in running one myself when James is as well, so head over there when the time comes. I will attempt to recreate my blood alcohol level from Saturday night. Should be fun.)

Apologies for never getting around to a proper preview, though it probably would have consisted of a bunch of bad jokes at Ish Smith's expense, which is nothing you haven't read before.

1.) They're tall. Tallest team in the country. They rebound well at both ends, block plenty of shots, and generally discourage all activity in the paint. Almost 37% of their opponents' FGAs are coming from three, which indicates that most opponents view the lane as like a scary cave with dude there could be bats in there. 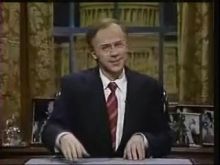 2.) Al-Farouq Aminu has upped his workload considerably, and while turnovers continue to be an issue for him, he is otherwise handling it well.

3.) Freshmen Ari Stewart and C.J. Harris have made strong contributions right of the bat; they're both shooting really well from beyond the arc. They're really the only two guys we need to worry about along the perimeter. But I figure L.D. Williams and Ish Smith (a combined 4-31 from downtown) will locate their jumpers tonight and tonight only because that's just how it goes.