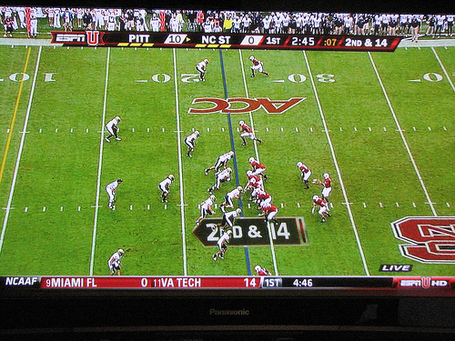 NC State's in a standard three-wide, two back set; Pittsburgh has everyone up tight to the line, and as the ball is snapped, the defensive linemen plow forward while two guys blitz on the short side. 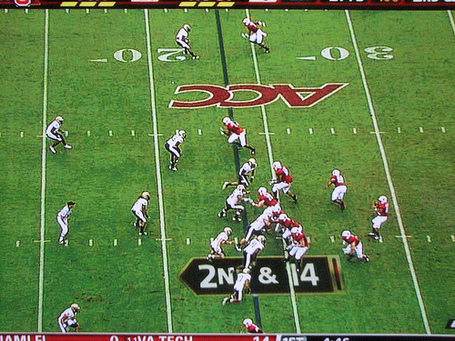 Both Eugene and Gentry release into the flats, leaving Pittsburgh with five guys to cover five receivers.  Pittsburgh linebacker Steve Dell (I think) hovers at the 20 by the near hash but quickly starts to shade back toward the wide side of the field and slot receiver. 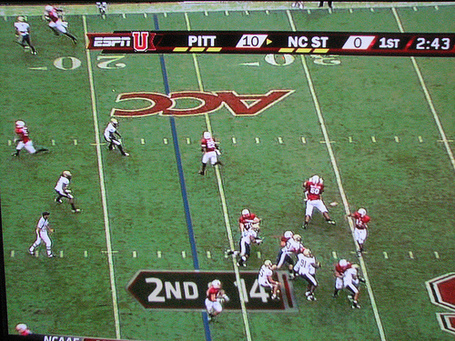 Russell Wilson sees what's going on and lobs the ball over the defensive line to an uncovered Taylor Gentry. 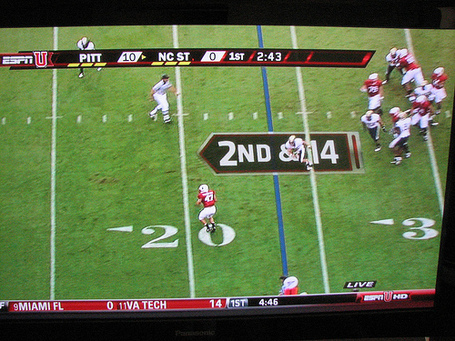 Short-side receiver Darrell Davis ran his man down to the goal line, looked back to see that Gentry had caught the ball behind him, and proceeded to negate the defensive back covering him.  One blitzer sniffed out the pass a beat too late and turned to chase.  Dell has a good ten yards to cover at this point, and it's all over.

Next up, the well-executed fool-you play that resulted in a George Bryan touchdown. 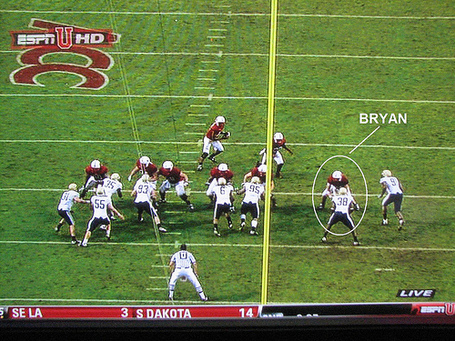 Wilson takes the snap and rolls to his left, while George Bryan stays put, ostensibly to protect Wilson's roll out.  Nothin' to see here, people.  Just a tight end trying to do a little pass protecting. 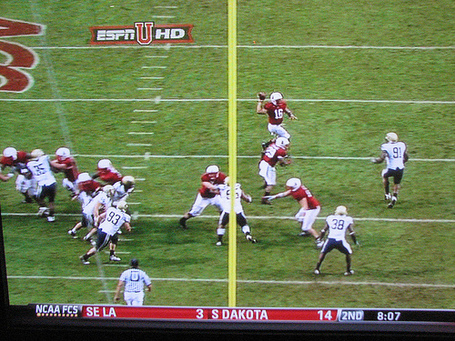 Wilson sells the notion that the play is going to the wide side with a pump fake.  Bryan pivots, starts whistling nonchalantly, and holds for another beat.  Pass protecting, gotta prevent that sack.  Pass protecting, come here you wayward defensive back.  Doot doo doooooo. 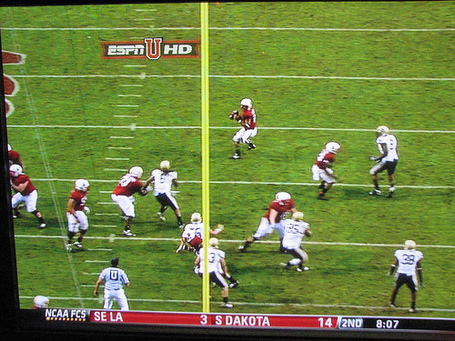 Pittsburgh's defense is dead at this point, they just don't know it yet.  After Wilson's roll, pump fake, and retreat, all eyes are on him.  Bryan releases back toward the short side, running right past a couple of guys caught staring into the backfield. 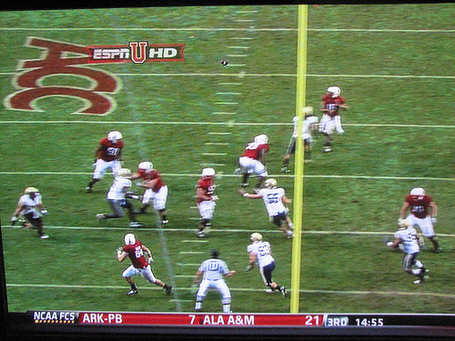 Bryan's come free and Wilson has the ball in the air right on time. 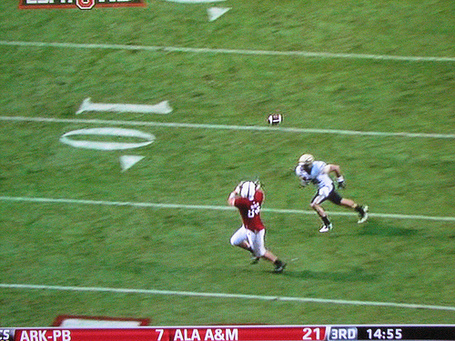 Wilson makes sure of the proper touch and placement; all Bryan has to do is hold on and fall forward.

Beautiful play from start to finish.

1.) They showed a picture of Nate Irving's SUV during the telecast, which was the first I'd seen of it. 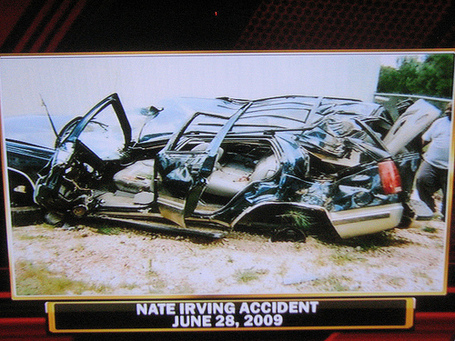 Now I understand why people said he was lucky to be alive.  My god.

2.) It's been great not only to see Toney Baker back, but back playing effectively.  But I'm probably not the only one who was still wondering prior to Saturday whether he could be a difference maker against a I-A opponent.  His catch-and-run for a touchdown against Pittsburgh was the yep, he's Back moment for me.  I didn't appreciate just how good his run was until I came home and watched the replay:

This also reminds me...

What sorcery is this?  He's a witch!

(This message brought to you by the Center For Erudite Quarterbacking.)