Nothing to like here, save their delightful front court duo: Keister and Meister.  The painted area is a wholly owned subsidiary of Ass & Guy, Incorporated.

One of their backups is Phil Beans.

Now, I'm not one to judge--at least not within the confines of this particular sentence--and I suppose that when you're coaching somewhere like Holy Cross you've got to do things differently from everybody else in order to get an edge.  But is "hey let's go onto Scout.com and find all the dudes with funny names" really a viable recruiting strategy?

Asst. Coach Phil: Hell yes.  Imagine the 80s hair band jokes, K. And I loved Mr. Mister.  You remember Steve Harris's do?  Could take your breath away, and I don't just mean the hair spray.  I bet that thing was supported by pillars of gold.  Hey, are you listening?

Kearney: Hee hee. "Shankstockings."  That's an offer right there. I don't even care if he can dribble.

Phil: No good. He's going to Bucknell.  I think they're on to us.  But we can always shift our focus to the guys-with-girls'-names strategy.

R.J. Evans (6-3, 200) -- Can't make twos, threes, or free throws, though I doubt that's done much to hurt whatever reputation he's earned by taking 29% of the shots.  He's the worst shooter among the starters by far, so those 14.2 points he's averaging per contest are coming at a heavy cost.

Andrew Beinert (6-4, 185) -- A reliable outside shooter on a team that could use more of that, he logs more minutes than anybody else but tends to take a back seat to the other guards.

Mike Cavataio (6-4, 190) -- One of three Crusaders averaging double figures, he's a good rebounder for his size but turns the ball over too much.  He takes the occasional outside shot but doesn't appear to have the range yet.

Eric Meister (6-8, 225) -- Solid rebounder, passable low post scorer.  Probably just the fourth or fifth option depending on who else is on the floor with him.

First-year coach Sean Kearney, pictured below, has done little to change the trajectory of Holy Cross's offense, but it does appear he's had an effect on the D, and not a good one.  The Crusader D ranked in the top 40 in steal percentage in each of the three seasons prior to his arrival.  This year: 347th. Dead last. 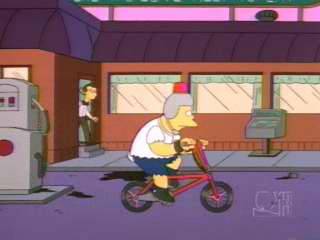 This could have more to do with personnel than preference, I suppose, but when I look at this...

....I kind of doubt it.  Making matters worse, they lost a lot of size to graduation, and that's hurt their defensive rebounding and interior defense.  So they're bleeding quite a bit at this end, and with the offense standing in place, they're heading in the wrong direction.