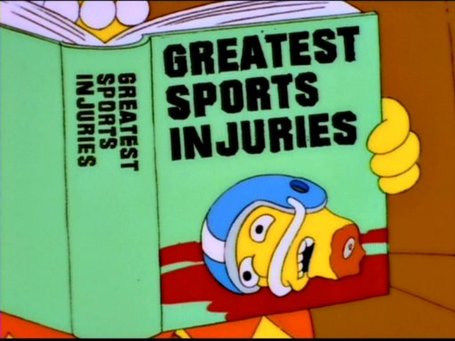 First off, let me extend a big thanks to wolfonthehill and tannofsteel84, who wrote quite a bit about the loss Georgia Tech and Rodney Purvis' commitment, respectively. This sort of thing is a huge help for me until I figure out how to be two places at once. Or find someone else who wants to write on a regular basis (hint hint). I'd intended to maybe write something from the hotel's crappy computer on Friday night, but then I had a lot of beers. Same thing happened on Saturday, if you can believe that. Anyway, thanks again, guys. Much appreciated.

As for the football game... between the undisciplined penalties by State's green defensive line, the bizarre-sounding 4th down decision making when State had the ball, and a 19-play drive that ended in no points, I'm fairly certain I would have thrown myself off the upper deck stands at Carter-Finley, so it's just as well that I didn't make it. I see a couple positives, at least. Georgia Tech only converted a third of their 3rd down attempts, and hey is that a running game we had there? Figures, though, that we show some life on the ground and Mike Glennon is limited to 5.6 yards per attempt. Oh well, there's always next time.

I saw this earlier today and I don't even know how to react to injury news anymore. Of course two more guys up front were injured. It's just getting weird now.

Taylor Gentry, the Pack’s starting fullback and leading special teams tackler who also saw action at defensive tackle today, did not return in the second half due to an ankle injury.

And Darryl Cato-Bishop, a regular starter at defensive tackle who started today’s game at defensive end, went out with a hand injury in the third quarter.

You can't take Taylor Gentry away from us, dammit. He still needs to get his carry, for god's sake! No, I refuse to accept that Taylor Gentry is hurt. I didn't see it and it doesn't count. I'm putting my foot down on this one. He gets a do-over.

Looking ahead, we've officially gone from must win mode to really really must win mode, which is a whole other ball of wax. This time it's serious. I mean it, you kids. Don't make me pull this season over. I'm already counting Florida State and Clemson as losses, which means we have to win every other game on the schedule, and I guess stranger things have happened. Get these next two and we can at least entertain the thought heading into November. How we'll pull it off with some 175-pound reserve wide receivers at defensive tackle, I do not know.