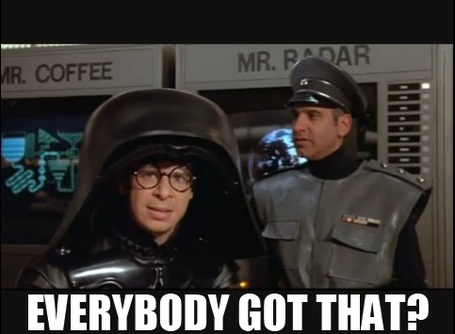 When Torian Graham re-committed to NC State on Thursday morning, this is what he had to say about it:

"I've been talking to the coaches for a while now, but I committed back to them today," said Graham. "It's a great situation for me. I know the guys going in there, and I think we can do something special."

Then, just a few hours later:

"Something came up... I don't really want to talk about it," said Graham. "But, no sir, I'm not committed anymore."

BREAKING: Just spoke with @TorianG4 asking about commit to NCSU. "It's up in the air. Something has come up." Asked that I call back later.

Since that news, we've gotten plenty of baseless speculation, because Twitter is nothing if not a highly efficient speculation delivery vehicle. The closest thing to non-speculation we have so far is this Pack Insider tweet which says Graham wants to be at NC State but "some things need to be taken care of." So, uh, stay tuned.