The Good Nuts And The Bad Nuts -- An Examination

Share All sharing options for: The Good Nuts And The Bad Nuts -- An Examination

We're fresh off another basketball coaching search, so I hardly need to remind you people that you're bonkers, I'm bonkers, we're all bonkers. Hell it's a miracle we remember to put on pants before we go on our daily maniacal walkabouts. When we aren't biting the heads off of squirrels, we're sabotaging our own beloved basketball program because we are straight up crazyballs intent on having a team that is not terrible, and we will have none of this... patience, I believe it's called. Sure, the last guy got five years and the one before that got ten, but listen, we ain't got all millennium. Lee Fowler does, but he is or soon will be a robot. 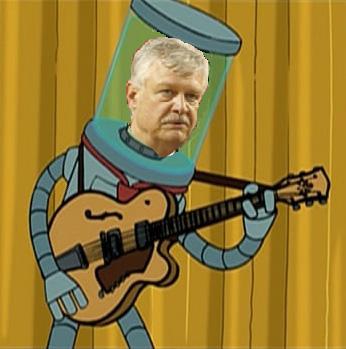 Keeps me searchin' for a heart of gold...

In this article, Jason King discusses what are, in his opinion, "the six power conference schools facing the toughest rebuilding tasks in 2011-12 and beyond." King also offers a subtle take on the difference between "passionate" and what we are, which is horribly, irreparably insane. Let's see if we can figure this out.

For each team listed, King offers some positives and negatives. Here's what he writes about Arkansas:

The positives: Of all the job opportunities that surfaced during the offseason, this may have been the best. Everything is in place for Arkansas to be a success. The Razorbacks have a passionate fanbase that supports its team through thick and thin. Even during a disappointing 2010-11 season, the average attendance at Bud Walton Arena was 11,884 – a mark that ranked 29th in the country. The program boasts some of the top facilities in the nation. And with Texas, Louisiana, Mississippi and Alabama nearby, there are plenty of prospects from which to choose.

On to NC State:

The positives: New Wolfpack coach Mark Gottfried should send Sidney Lowe a thank-you card for leaving him with so much talent. Or at least enough to produce a decent team next season. C.J. Leslie, Lorenzo Brown, Scott Wood, Richard Howell … considering the state of the ACC, it’d be a disappointment if North Carolina State didn’t finish in the top half of the league. The fans who ran former coach Herb Sendek out of town are itching for a good team again. There are plenty of recruits to go around in that part of the country.

This is difficult for me to comprehend because I lost almost all of my marbles the instant I was handed my degree from NC State, but I think I have this straight. Arkansas fans are passionate supporters through thick and thin, as evidenced by their attendance figures during a down year. NC State's average attendance, meanwhile, was 13,779 at the RBC Center this past season, which ranked 19th in the nation. This despite a crappy five-year run that resulted in nothing to speak of. And 20 years comprised more of sorrow and disappointment than anything else. What it apparently adds up to, if you're Jason King, is instability.

Insane: literally running Herb Sendek out of town with pitchforks and torches and posters adorned with devastating witticisms aimed at his modest success. Which totally happened. Dammit, we just don't consider the PR consequences of our rage sometimes. You might even suggest that's a sign of passion, as strong emotions override logic now and then. It's not though. So you shouldn't suggest that.

Near as I can tell, the line between passion and lunacy lies somewhere around the 12,500 average attendance mark. You guys are doing way too much supporting. And let's be honest, the squirrel thing is not a good look, y'all.

(If you were misled into thinking this post was going to be about the wonders of the pistachio, I apologize.)