This feature from Rivals covers a lot of territory with which we're all very familiar. It even includes a handy breakdown of State's win-loss records since 1991. Instinctively I reached for my television remote and eyed the nearest window. Old habits and all that. (As of this writing I've yet to go through with the defenestration.)

But among the items of interest:

"He did tell us we were going to do a lot of running, that he wants us to be an up-tempo team that runs up and down the court and uses our athleticism to our advantage," senior guard C.J. Williams says. "Probably the most important thing he said is we're going to defend at all times.

"He already has explained that he doesn't care who scores the ball. He just wants to make sure that if we need a defensive stop, he has people on the floor who are going to get it."

It's only lip service at this point, but I'll take what I can get. And an acknowledgement of what was a real problem is a start. I can picture the guys who played for Sidney Lowe hearing "defend at all times" and going "oooohhhh, we're supposed to play defense ALL the time. No longer shall we aimlessly wander the distant reaches of the painted area, for now we are men of purpose!"

And put your garbage in a garbage can, people. I can't stress that enough. Don't just throw it out the window. 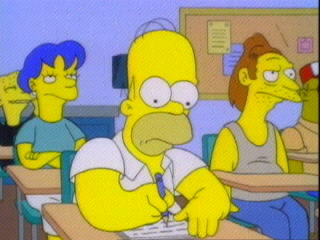