We're Getting A New Conference!

Share All sharing options for: We're Getting A New Conference!

Well, you know, not in real life, but still. One of the college bloggers suggested this idea for a conference re-draft, and we all thought that would be a good way to kill some time this summer, the first step of course being a lengthy email exchange in which we haggle over various rules. See, this thing is already working out great.

Here's the deal as outlined by BC Interruption:

The purposes of the fantasy draft are: (1) to explore the values of individual schools by drafting them sequentially, and (2) to have fun strategically building a conference of schools.

There will be six conferences, and such conferences are NOT meant to be new versions of current conferences. That is, the objective of the game is not to create tweaked versions of what we already have. The goal is to draft schools based on their overall value, and to compile a conference of teams strategically and coherently.

What makes a school valuable? Well as one of the six conference commissioners, we leave that largely up to you, with a few important guidelines. First, bearing in mind that we are drafting athletics conferences, athletics should be weighted heaviest, if not exclusively.

While obviously we must consider athletics, the following are factors you may, but are not required to consider:

On the flipside, for purposes of this game there are two factors that are NOT to be considered. First, do not take travel/geographic concerns into consideration. (For Boston College fans, this shouldn't be a problem as this has become old hat). In real life, Washington and Florida are unrealistic conference partners; in our world, that doesn't matter -- neither from a travel or time zone standpoint. Second, and related, while we may take individual rivalries into consideration (e.g. pairing Michigan and Ohio State), preservation of current conference history/rivalry/alliance is not to be considered. Hopefully for obvious reasons. 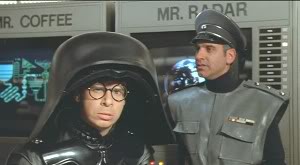 There have been some indications that people may attempt to form a "Hot Babes and Warm Weather" conference, and so you'll be relieved to know I've already begun lobbying on NC State's behalf. Now, this will require some concessions on our end. For instance I suspect we will need to cut some sports simply to offset the beer expenditures. (I've made some promises. But that's not important right now.)