Getting To Know Liberty

Share All sharing options for: Getting To Know Liberty

Previewing the Liberty Flames, part one. NC State opens the 2011 season against the Flames on September 3rd.

Liberty University
Founded: 1971
Enrollment: 13,400 undergrads
Fun Fact: Among the men to have delivered an address to Liberty's students: 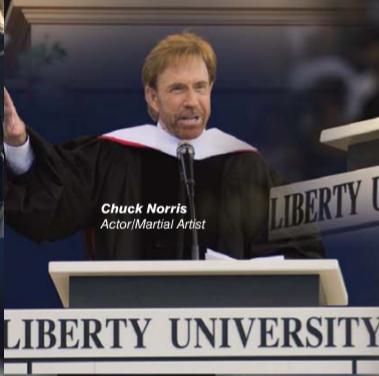 Affiliations: Division I-AA, Big South Conference
First Game: 1973
All-Time Record: 198-198-4
Head Coach: Danny Rocco (6th season; 40-16)
Fun Fact: Liberty is the first school in NCAA history to feature a crane on its football media guide. I haven't gone so far as to verify that statement, but I have to imagine it's accurate.
All-Name Team: SirChauncey Holloway
Bonus Non-Football Fun Fact: Vaguely-recollected first baseman Sid Bream attended Liberty, and it was there that he first began cultivating the mustache that would become his calling card in the major leagues. Over the course of 12 major league seasons, Bream compiled a respectable .264/.336/.420 batting line. His peak season in terms of both hitting and upper lip coverage occurred in 1990. 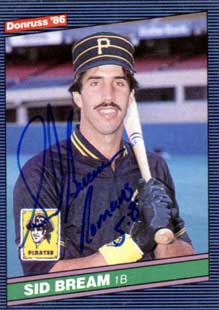 Danny Rocco played linebacker for Penn State and Wake Forest before transitioning into coaching, and in the years since his playing days he's been all over the place: Wake, Colorado, Tulsa, Boston College, Texas, Maryland, Virginia, plus a year with the New York Jets. He came to Liberty in 2006 from UVA.

With the team coming off a dreadful 1-10 season in 2005, Rocco appeared to face a big rebuilding job, but he won from the start. His first team went 6-5 and won at least eight games in each of the next four seasons. The Flames won conference titles in 2007 and 2008 and they've lost a total of four conference games in their five seasons with Rocco. It's easily the best stretch in school history. No doubt he's put himself in strong position to move up into the I-A head coaching ranks.

Rocco's success stems largely from his offenses, which have been among the best in I-AA over the last four seasons. More recently he's had the benefit of quarterback Mike Brown. Early on the Flames weren't entirely sure what to do with Brown, so they stuck him at wide receiver initially. In 2009 he was an all-purpose threat, catching 60 passes for 698 yards and rushing for 442 more. After that season, the coaches said to themselves, "well he does have arms and all, so I wonder..."

Brown's transition to QB proved effortless: he completed 63.5% of his passes, threw for nearly 3000 yards and still managed to lead the team in rushing with 854 yards on the ground. The Flames finished second in total offense, third in scoring offense, and seventh in passing offense. All of Brown's primary receiving assets, as well as the team's best running back, return in 2010. They'll be favored to win another Big South title.

So this is a team with enough tools to maybe make NC State's life interesting for a while. They actually beat a I-A school in 2010--granted, it was just Ball State--and they managed a respectable 20-33 loss to West Virginia last year. They'll lose the game in Raleigh because they won't be able to compete in the trenches, but we may see a little Mike Brown magic in the process.