Everybody At NC State During The 1980s Had An Awesome Time

Share All sharing options for: Everybody At NC State During The 1980s Had An Awesome Time

I couldn't begin to guess at the reason for the existence of this video, but I'm glad it's here.

It begins with serene views of the NC State campus. We're given a few basic facts about the university, and at this point it could be any college advertisement video ever. There's the brickyard. The library. A guy in really tight jeans walking up some stairs on his way to education things.

But then they kick it up a notch and the 1980s-ness of this video goes from 2 to 200 at the snap of a finger. Cue music. Cue guy using a binocular to scope chicks from his dorm room. And here are some shirtless dudes just chilling. Now we've reached Tucker Beach, and who the heck knows where this is going.

Turns out it's going straight to the thrilling climax that is the 1:04-mark, where this guy, who is probably someone's father by now, enters the picture. 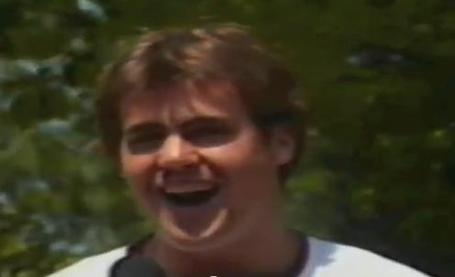 It can only be downhill from there, of course, but it remains entertaining and palpably '80s the rest of the way.