This is rather old news at this point, as you probably spent all of yesterday poring over the first Coaches' Graduate Assistants Poll of the 2011 season. (WOOOOOO YEAH.) But I haven't had much time near a computer and this is my first look. I can't wait to see how the momentum from last year's bowl win over West Virginia manifests itself in this poll.

Hey look at West Virginia way up there. Good for them. And Central Florida! UNC! Guys, it was a privilege to defeat the nearly-ranked likes of the three of you. Sorry you're down in the also-ran section; we feel somewhat responsible, what with how we added a loss to each of your respective records last season. But we are on to bigger things and really shouldn't dwell. Chin up. See you in the poll in October or so, maybe. Keep the faith. /daps

Let me just scan the rest of this list to make sure things are in order, and...hey! Four damn points?! Unbelievable. When TOB voted State ahead of Maryland after the Terps had just beaten the Pack, we knew he could be a bit of a wildcard when it came to his own program. I mean, the man was wearing a longsleeve shirt during practice on Tuesday. You never can tell with that guy. So it's possible he is responsible for all four points, which therefore means no one else voted for us. What happened? I'd expect that during the course of their research, the coaches saw "Wilson, Russell" on last year's roster and assumed we were losing not one but two very good players. And that, as you know, is a loss that is nearly twice as hard to handle.

The other possibility is that we did receive a lot of votes from various coaches but they all wrote 'State' on their ballots, and without knowing the State to which those votes referred, poll officials simply assigned them to Florida State and Tom Izzo. Sometimes a branding initiative comes at a bad time. You send out 10,000 mailers with 'State Football' on them and this sort of thing can happen. I'm just saying. 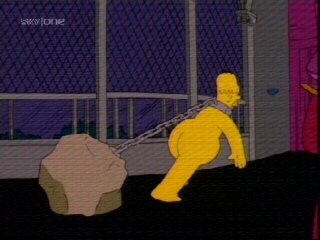 There is a silver lining that comes with this mess. We can re-attach the stone of disrespect, which doubles as an outstanding strength training device. We'll take the chips out of storage, dust them off, and put them back on our shoulders. We got our edge back. It's us against the world once more, and that's an impossible task if you stop and think about it, but no one should ever stop and think about that.