An Introduction To The Bud-Heavy Defense

Share All sharing options for: An Introduction To The Bud-Heavy Defense

On Twitter I've been joking that it is only a matter of time before NC State is starting a beer keg at defensive tackle. And I'm only half joking on this, because once you get past the walk-on who has been pressed into a second-string role, that's all there is. There's a rumor on Pack Pride that Taylor Gentry has been getting reps at DT. This is the end of the line. We are weeks away from starting a keg and Sinbad from Necessary Roughness, who will eschew a career in academia for one last shot at football glory. Additionally, Scott Wolf will replace Earl Wolff by mid-November, but that's not important right now.

What sorts of structural differences can we expect from this new-look defense? Here are a couple of Jon Tenuta's favorite keg-front blitzes: 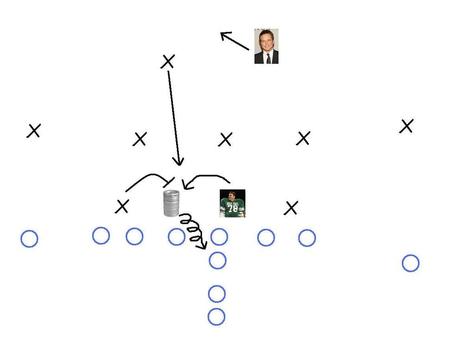 In this case, the defense presents a typical 4-3, cover 2 look to the offense. At the snap, the left end moves behind the keg, tips it on its side, and rolls it right down the A-gap. Sinbad stunts into the area laid waste by the keg, while the free safety attacks the line of scrimmage. 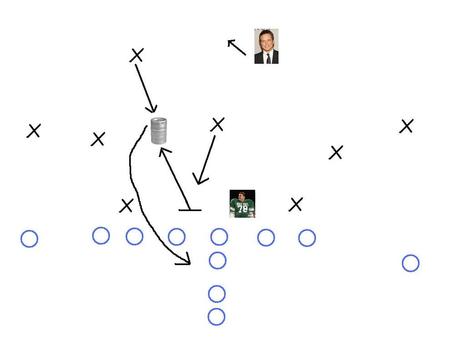 The keg drops into what appears to be zone coverage while the free safety sprints to that same location, picks up the keg, and launches it into the defensive backfield. The safety follows through into the backfield, and the middle linebacker comes as well. Scott Wolf once again rolls over the top to provide one-deep coverage. While this is going on, Sinbad is distracting the right side of the offensive line with some absolutely hilarious situational comedy.

In any situation, it is essential to maintain keg discipline. You can't have kids skimming off the top lest your keg and therefore your run defense wear down as the game progresses.