This Week in ACC Twitterings: From the Future Edition

Welcome to your ACC Tweets of the Week post, where we highlight the funniest stuff said in 140 characters or less, about any and everything related to ACC Sports. Remember, send your suggestions to @jamiefamous72.

Share All sharing options for: This Week in ACC Twitterings: From the Future Edition

Another light post from me this week, boys. I've either been on the road or working late every day for the last 2 weeks.

I don't even really have any funny anecdotes for you. I have some more travel pictures, though. Want to see 'em? Too bad, you're going to anyway. 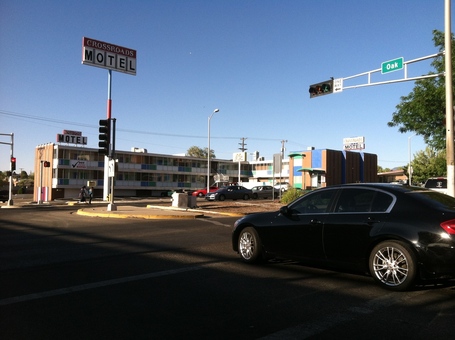 I'm pretty sure that's where Hank took Walter Jr. in season one to expose him to the dangers of drug use by introducing him to the hooker. Ahh, the good old days, before melting bodies in acid and plane crashes.

Here's another one from the ABQ: 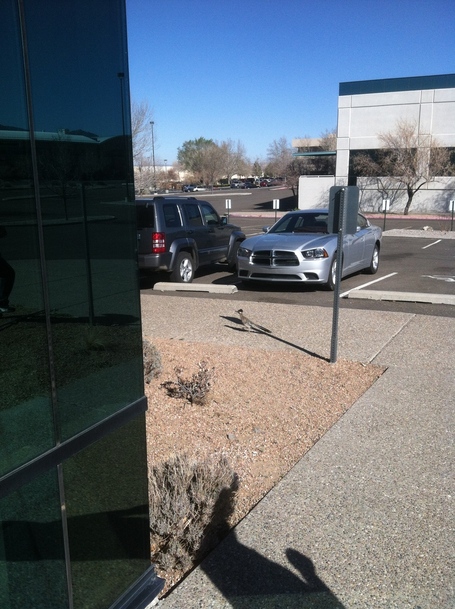 Yeah, I'm bored too, on to the Tweets!

The only thing I like about Duke, is how much they hate UNCheat:

@thedevilwolf now that Coach Cut/Duke FB is big-time, are we talking about burner phones or regular ones? #footballschool

Never thought I'd see the day where Duke football was the most stable program in the state.

The old man was on it this week again:

playing uconn early in the season was smart. it will help us get ready to play con u in chapel hill later this year.

Somebody on Twitter actually got their cockles raised over that one. Imagine! Coaching carousel stuff:

"GOOD THING WE GOT OUR GUY." --BOSTON COLLEGE FAN SOBBING

if fedora does go, unc might wanna give doherty another shot. nobody's ever generated as much interest in football over there as he did.

No one would ever leave NC State for Wisconsin

When was the last time the #PACK beat #UCONN? ( #humblebrag)

YEEAARRGGHHH!!! The Tweet of the week, once again, is not really ACC related, but wins based on pure ingenuity. I want to party with this dude:

HOW MANY PEOPLE PRE-KOOZIE THEIR BEER CANS IN THE FRIDGE? I'M IN BETA TESTING NOW. HOPING GUESTS LIKE IT.

Have a good weekend, fellas, hopefully ZON will give us good weather.