On Friday afternoon, the NCAA announced a few rules changes that will be implemented for the 2012 college football season. The biggest change is the one affecting kickoffs. Citing safety concerns, the NCAA has followed the NFL's lead and made a move to increase the frequency of touchbacks:

Next fall, teams will kick off at the 35-yard line instead of the 30. Also, players on the kicking team can’t line up for the play behind the 30-yard line, which is intended to limit the running start kicking teams used to have during the play.

Also, touchbacks on free kicks will be moved to the 25-yard line instead of the 20 to encourage more touchbacks. Touchbacks on other plays (for example, punts that go into the end zone, or fumbles that go out of the end zone) will remain at the 20-yard line.

Yeah, now there are 20- and 25-yard touchbacks. The confusion at openers around the country this fall should be entertaining.

State's had so much trouble with special teams coverage that I don't mind the change. They only just moved kickoffs back to the 30 in 2007, so it's not like that's a longstanding aspect of the game. It will be interesting to see how the additional five yards on touchbacks affects the decision-making processes of various return guys (and coaches). Coaches are a rather risk-averse bunch, as you may have noticed, so it's not hard to guess how that's gonna go.

In non-kickoff news, there are a few other rules changes included in the first link that you should familiarize yourself with. For one thing, it's now illegal for a player to leap over a blocker in an attempt to block a punt. What this Wisconsin player is doing here is a no-no now: 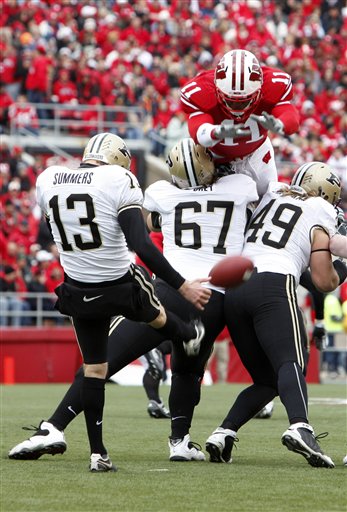 Because this can happen: 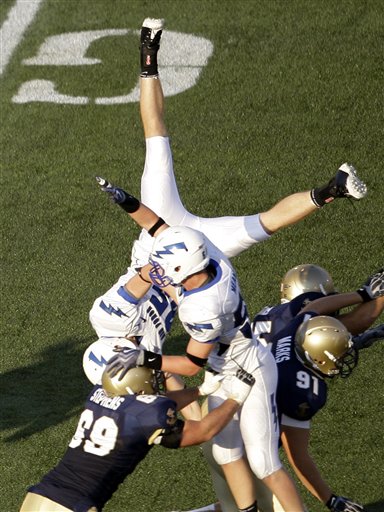 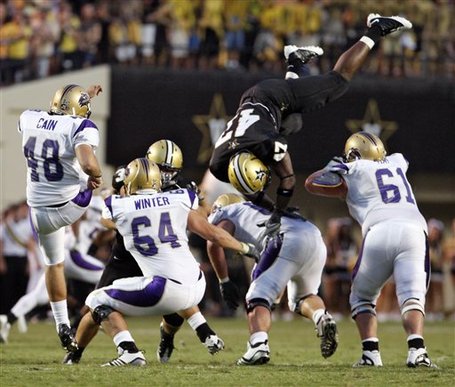